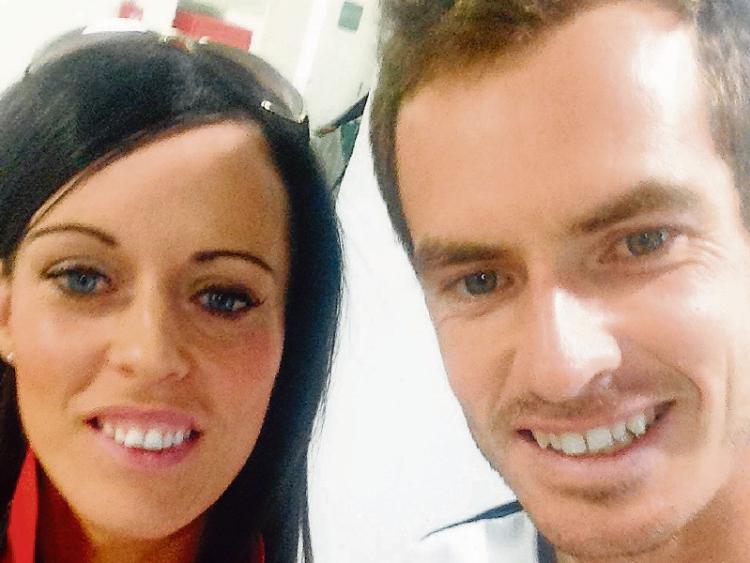 Dundalk-based physiotherapist Muireann Harte had a summer to remember this year as she travelled with Team GB to the Olympic Games in Rio in Brazil.

For Muireann (34) it was the culmination of a career's hard work to head to South America.

"For me a career as a sports physiotherapist is all I have ever wanted to do. This burning ambition, I feel was fuelled by a background of competing in athletics at school and county level. I chose a career in physiotherapy because I felt that it would allow me to work in an autonomous profession that was both challenging, dynamic and which would enable me to help others."

This year's Olympic games wasn't her first run-in with 'The Greatest show on earth' either.

"I have a specific interest in injury prevention and rehabilitation, and working directly with top level athletes during high performance sports competitions including 2012 Olympic Games and Paralympics, 2013 World Police and Fire Games in Belfast and RIO 2016 is a dream come true for a me."

London in 2012 opened a lot of doors for the Armagh native.

"Following a vigorous interview process with the IOC in 2011 I was chosen to work as a physiotherapist with the medical team in the stadium and polyclinic at the 2012 Olympic Games.

"During which I worked directly with elite athletes during athletics, swimming and cycling events within the Olympic Park. This lead to the opportunity to travel to Rio 2016 as part of the medical team looking after the athletes during the tennis competition in the purpose built state of the art Olympic Tennis Centre which features 16 courts and will be amongst one of the games most important sporting legacies for Rio De Janeiro."

During the summer Muireann had the unique opportunity to work and meet some of the world's finest athletes - in many areas.

"Working with top class teams looking after athletes such as Andy Murray, Rafael Nadal and Thomas Bellucci (has been a huge honour). As part of the elite team behind the team my key role was to enable athletes to deliver medal winning performances when it matters, ensuring maximum competition performance, emergency action planning and logistics with regard to physiotherapy provision during competitions.

“London 2012 olympic games was a major sporting success and career high for me. It received widespread acclaim for its smooth organisation and packed stadiums. As part of the medical team we were spoiled with resources and purpose built training facilities. London was the first and only city to host the games three times, and the legacy of which was reflected in the success of team GB in Rio 2016.”

While work took precedence when she was in Rio, Muireann did manage to do some site-seeing while there.

"Rio de Janeiro is an amazing and beautiful place”, smiles the 34-year-old. " To Stroll down the famous Avenue Nossa Senhora de Copacabana and visit the 38 metre high Christ the Redeemer statue on Mount Corcovado and the Sugarloaf Mountain, a granite peak with cable cars to its summit was breathtaking. The city is also known for its sprawling favelas which was a reminder of the social inequality of this region.

"It made for a very special destination for the games. It was the host for the first ever Olympic Games held in South America. 10,500 athletes from 205 different countries took part in 42 different sports over 17 days. With new sports such as Golf (returning after 112 years) and Rugby (returning after 92 years). It is an experience I will never forget, and a privilege to be part of the team behind the team."

Since returning from Rio, Muireann has returned to her base here in Dundalk - back to reality - but it will not be long before she's away again by the sounds of things.

"The focus for the future will be on the preparations for 2018 Winter Olmpics in South Korea and Tokyo 2020 but for now It's back to the work as normal in the local physiotherapy clinic 'The Physio Rooms' based in Demesne Shopping Centre, Dundalk.

"The slogan of the Olympic Games in Rio de Janeiro is Viva sua paixão (Live your passion), and I plan to continue to live by this life motto."

Who can blame her?