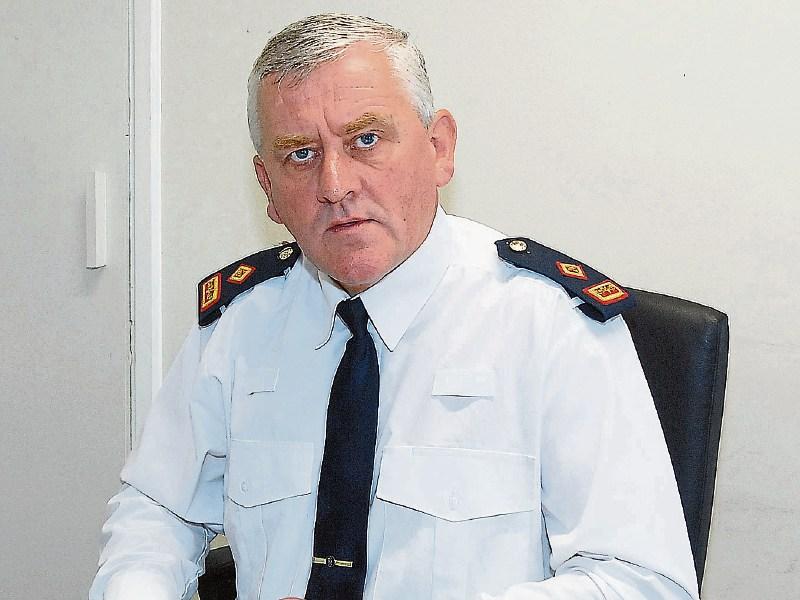 Superintendent Fergus Treanor is the new head of the Mid-Louth Garda district.

Supt Treanor was based in Dublin for 18 years, then moved to the Cavan-Monaghan Division. A former detective inspector, he was based in Carrick then became Superintendent in Longford before moving to Ardee.

A native of Monaghan town he brings a wealth of knowledge and experience to his new post.

He has worked on many high profile cases including the Omagh Bombing Garda investigation, the alleged police corruption in county Donegal, the murder of Sr Philomena Lyons in Ballybay.

When we met he spoke first about the importance of the community's help in dealing with crime.

“We in the Garda Siochana are always looking for assistance from the community,” Supt. Treanor said.

“Texting allows everyone to communicate quicker. If people see anything suspicious they can use the community text alert and we can then take over.

“Let us worry about it. We can take control of the situation. I’d like to see more of those texts going out. Because we really the need the help of the community.”

Although burglaries are down nationally, a worrying development in this region is the number of properties being targeted at night.

This has been a real problem over the last few years. Houses and cars being broken into.

This is being carried out with local knowledge so it is important that if people have information they pass it on to the gardai.

“Our homes and property is something we all work hard for,” Supt. Treanor said. “So people need to assist us in anyway they can.

The new Superintendent of the mid-Louth garda district said members of his team are very conscious of the hurt, the invasion of privacy, that is caused by burglars and they are determined to tackle this problem.

He also pointed out that Sergeant Vincent Jackson, is the Crime Prevention Officer for Louth, and he is on hand to give burglary prevention advice.

The Supt. is determained to implement fully the Louth Garda Divisional Policy Plan which sets out “to make Louth a safer place to live, work, and visit”.

That plan proposes to tackle all prolific criminals and support victims of crime. It includes a comprehensive review of community policing.

A Community Sgt has been appointed to the Ardee district.

“Sgt Catherine Renick will be linking up with community groups,” he said.

“It is about letting people know we are there,” he said.