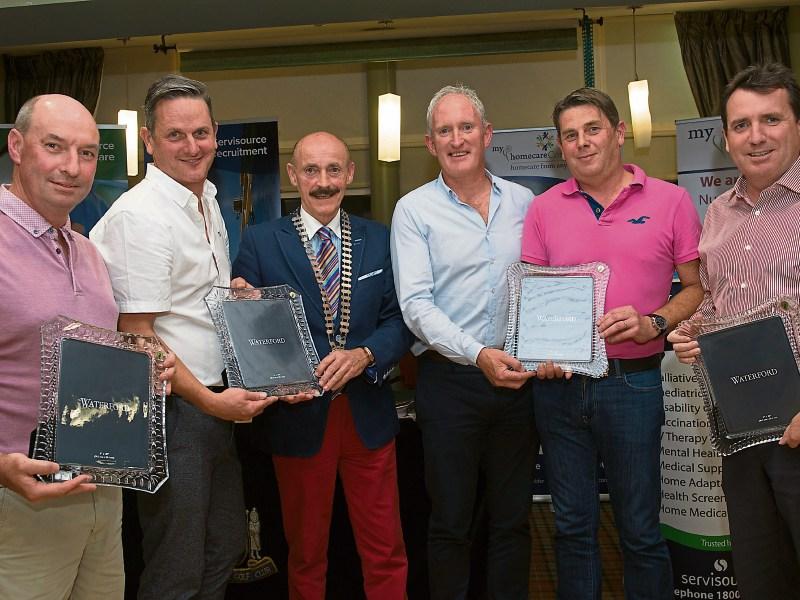 This very prestigious annual event, sponsored by Servisource Recruitment was held on Friday 26th August at the Dundalk Golf Club, Blackrock. Year on year the success of this event has drawn many teams back to enjoy the warm atmosphere and hospitality experienced on the day. The Dundalk Golf course as usual was in magnificent condition and is unquestionably one of Ireland’s premium parkland layouts. The traditional delicious bar-b-que was enjoyed by team members at the 9th hole was sponsored by McArdle Meats and also offered an opportunity to meet other team players for a chat before completing the course. An evening of entertainment followed with dinner, prize presentation and a raffle in the Club House.

It was a fantastic competition and the results were as follows:

First prize with 95 Points was won by Pacsort and the players were Stephen Lynch, Conor Marron, Danny Gallagher and David Lynch.

Nearest the Pin Men was won by Alan Grehan.

Nearest the Pin Ladies was won by Angela Kilboy.

The Fun putting competition was won by Declan Hilliard.

The fantastic raffle which followed included a variety of prizes including 2 tickets La Boheme in the Bord Gais Theatre were won by Sandra Martin and a beautiful DKNY Handbag donated by Miro Shoes was won by Joe McCarthy, Mags Coburn won the €100 Shop Local Gift Vouchers and David Matthews won the €100 voucher from Colourtrend. The Michael Kors wallet sponsored by Miro Shoes was won by Seamus Bellew.

Servisource Recruitment would like to thank the organising committee at the Dundalk Chamber of Commerce, The Dundalk Golf Club and to all those who helped to make this golf classic a tremendous success.