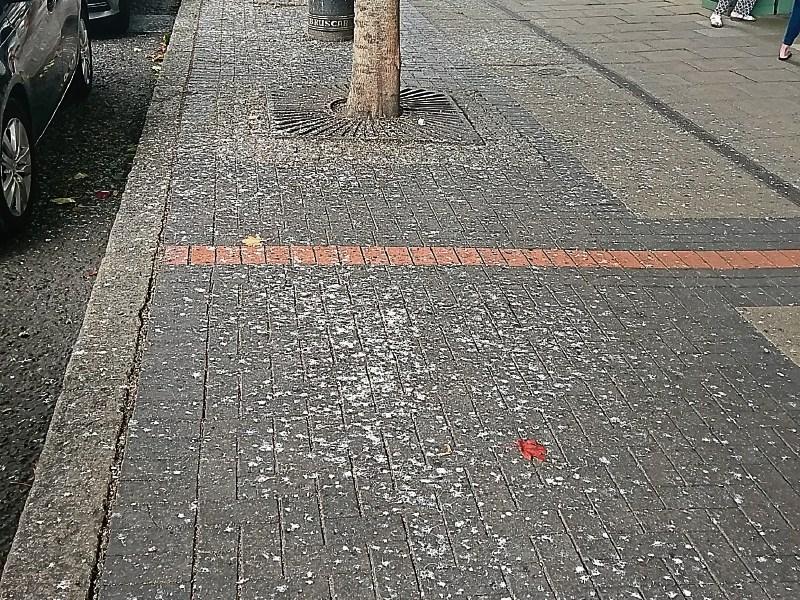 A significant portion of Clanbrassil Street remains a no go area due to a covering of bird dropping which has caked the pavement for a number of weeks.

The dropping cover the pavement north of Permanent TSB for approximately 15 to 20 metres.

While an obvious eyesore - bird dropping can also be a source of disease and can potentially make the surface more slippery for pedestrians.

During the recent spell of poor weather the pavement became markedly more slippery as a result of the droppings.

The Democrat queried the mattter with Louth County Council but did not receive a response before going to print.