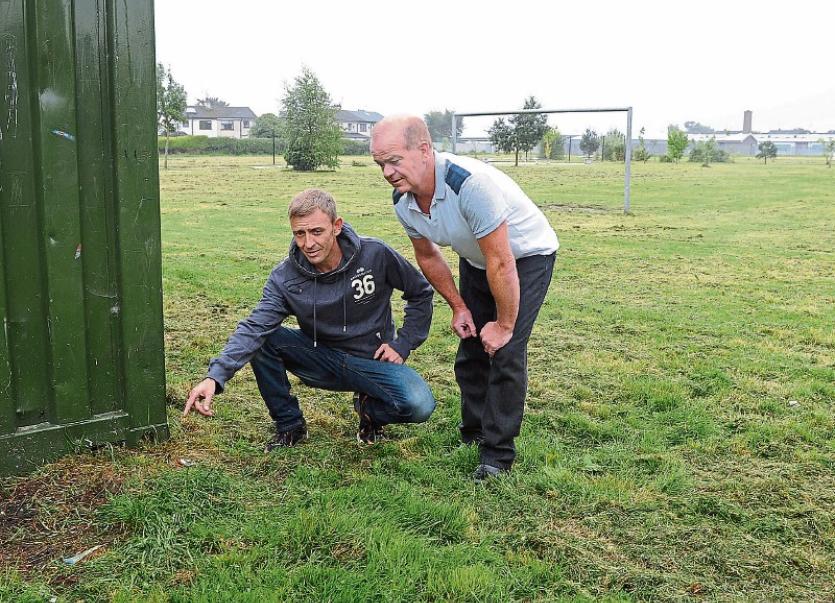 A Dundalk councillor has called for a Garda Drugs Squad to be set up in the town after three people were found injecting themselves with drugs near a school last week.

Sinn Fein councillor Kevin Meenan said he will be calling on the council to try and get the gardai to establish a drugs squad.

“The gardai in the station want it,” Cllr Meenan said. “Even to have something on a temporary basis because the drug situation is serious.”

The park is between the estate and Scoil Mhuire na Gael national school which has over 600 pupils.

“They were at the back of the container where the maintenance machinery is stored and they were injecting into their feet using one needle,” said community activist Tony Martin. “We searched the whole area and cut all the grass and made sure everything was clean, but then the kids found a needle the next day, so they obviously had come back.

Eddie White, who is also a community activist, said there had been a problem a few years ago in the area when a number of people were taking drugs but then everything changed and “all was quiet”.

“We discovered this just two days before the kids went back to school,” said Eddie, “so it’s obviously worrying.

“We maintain the area ourselves. It was left by a developer in the 70s and nothing was ever done.We have two CE workers covering the area which has always been considered a safe place for people to walk, bring kids, teach them to ride bikes. It’s a place we have worked on over the years and a awful lot of work has gone into it.

“We planted trees, put in paths, goal posts for kids to play football.

“It’s a place where people have always felt safe and we want to keep it that way,” said Eddie.