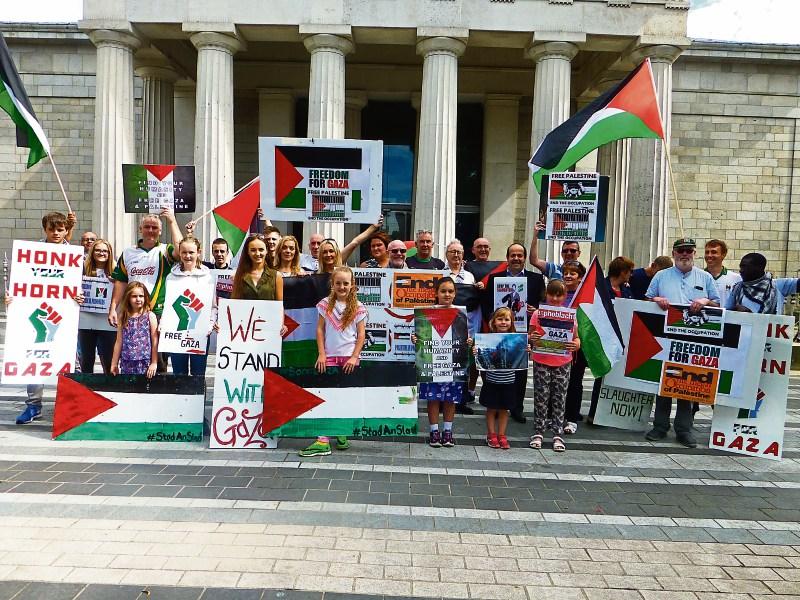 Sinn Féin Youth held an emergency demonstration in Dundalk on Saturday in support of the Palestinian hunger striker Bilal Kayed who had reached his 71st day on the fast.

Around 80 supporters including several Sinn Féin councillors attended. The demonstration follows a meeting with the lawyers of Bilal Kayed by West Belfast MLA Fra McCann who visited Palestine recently.

Speaking on Saturday, a member of the Sinn Féin Youth said: “Bilal Kayed is currently shackled hand and foot to a hospital bed. He is being held without trial in what is effectively internment.

“The Israelis call it ‘administrative detention’ and currently there are over 750 Palestinian prisoners being held under this title, including eight children.”

“In the aftermath of last night's indiscriminate bombing of the Gaza Strip it's vitally important that we stand in solidarity with Bilal Kayed and the people of Gaza.

"During my trip to Palestine, I along with my party colleague Senator Paul Gavan met with and heard the personal stories of civilians who are victims of the ongoing occupation of Palestine.

“The cruelty being inflicted upon the Palestinian people needs to stop and should not be tolerated by the International community.

"The international community needs to show their support to the people of Palestine and stand against Israel's apartheid regime."