Michael 'The Marshal' Creaney will be missed by many people 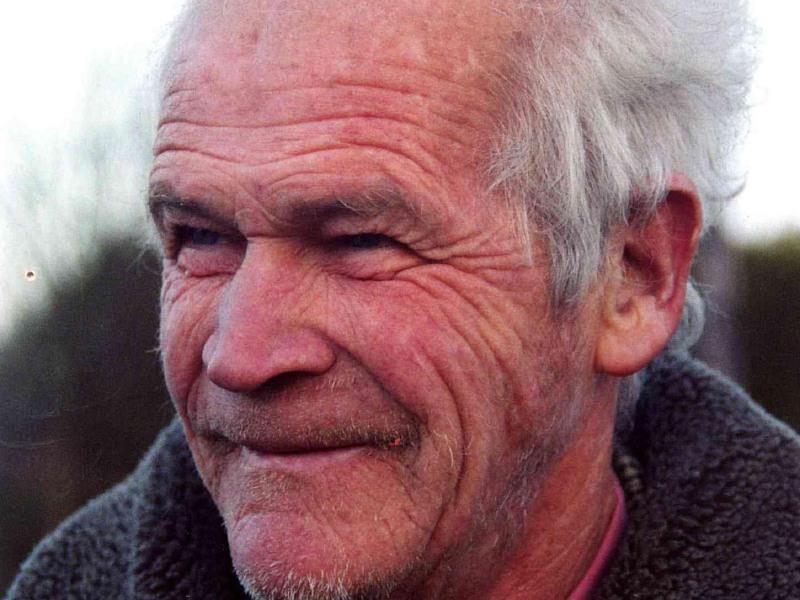 Jog your memory and think of a small figure in a yellow hi-vis jacket who was known only as “The Marshal” by some of his friends.

The thousands who attend the annual Saint Gerard’s Novena could not have missed or fail to remember him there or at other religious occasions in town.

He could for that matter appear at other outdoor events in or about town. In fact, all over the country you were likely to see Michael Creaney, especially where there was a motor-cycle event.

For like at the Saint Gerard’s novena where he dutifully and cheerfully outside Saint Joseph’s Church directed traffic at the various sessions of the Novena, he acted as a steward at races staged by the Motor Cycle association.

How he managed to get to the different places was a mystery to most. For a man with no family, limitations that included not being able to read or write who was homeless when he came to Dundalk over 30 years ago.

He inserted himself into the hearts of so many people, a number of whom became very close and cared for him like family. He was warmly embraced by Dundalk Simon Community who provided him with living accommodation and assisted his personal development, and hugely admired the way that he strove every day to assert his independence and get on with life.

One of their number, his closest friend, offered a fulsome and heart warming tribute to Michael: “He was always happy and personable. Someone to admire, someone who got up every day and put the best foot forward and made the most of his life with limited resources. He would always find a way; be prepared to try to do things, learn new things. Learn to write his name, cook, bus times, a new song, anything he could he would learn. He would take on anything. He was an inspiration and would cheer you up daily and never ever complained, never looked back or said poor me. “

Others he met along what some might describe as a difficult life journey were good to him in the vicinity of Saint Joseph’s Redemptorist Church or who had more casual contact with him, as they met him along the roadways, such as truckers.

Michael also travelled up and down to Belfast to see Redemptorist priests that he befriended. Michael’s most precious and important possession was his bus pass which was the chief means by which he made his way to and back from motor cycle races. His personal diary was fixed around the Motor Cycle annual calendar of events after one day wandering out to Louth Village where road races were taking place.

Local official Ray Douglas handed him a job and a relationship was formed that saw Michael travel with Ray to different meetings across the country. Michael was one who could be trusted to faithfully carry out a job.

Little was known about his background as he arrived in town. It was gleaned that he spent years while growing up in an orphanage in Belfast, and another residential facility when he was older.

Reputedly he suffered a most profound and lasting experience when caught up in a bomb explosion. This seemingly occurred when he worked in the Europa Hotel in Belfast, which was subjected to more bomb attacks than any hotel in the world.

This situation prevailed until 2012 when Michael showed signs of dementia and was admitted to Saint Peter’s Nursing Home where he was lovingly and tenderly cared for and his desire to be active and busy was facilitated. A couple of times a week he was taxied over and back to Ardee Day Care Centre to take part in activities there like he had before his admission, and day trips into the Simon Community Drop in Centre were always on the cards.

His death at the age of 74 on August 3 was sudden and unexpected, and touchingly friends and acquaintances responded to an appeal by Father Michael Cusack CSsR Rector at Saint Joseph’s Redemptorist Church and so many turned up for his funeral service. Father Cusack celebrated the Requiem Mass and delivered a humorous and eloquent eulogy about Michael.

His motorcycle friends also provided their own farewell tribute to Michael, who they affectionately only knew as “The Marshal” and posted 100s of messages of sympathy and condolences on Facebook.

They also formed a Guard of Honour with four outriders escorting the hearse from Shevlin’s Funeral Home to the Church and after Mass to Dowdallshill cemetery. The four outriders lowered the coffin into the grave with very fittingly a hi-vis jacket laid on top of it.