Bruton links problems of May and Redmond 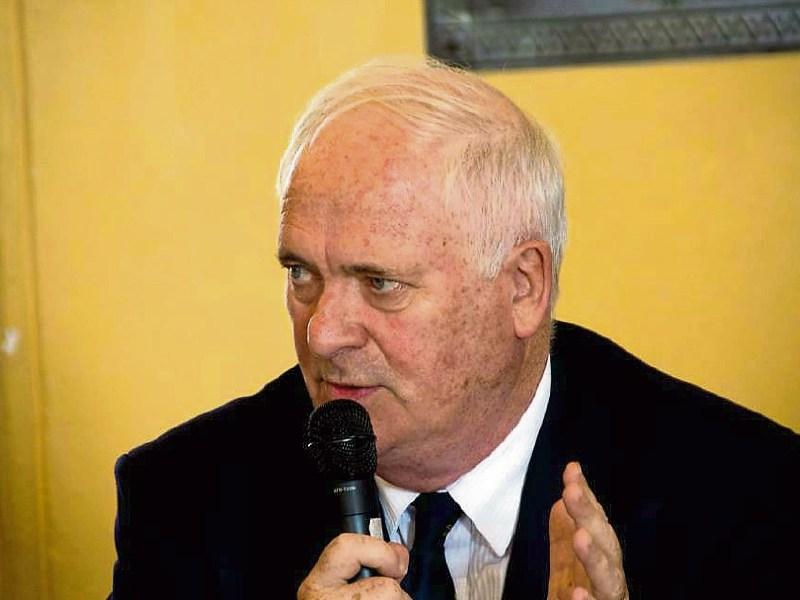 History does not repeat itself, but it can teach us lessons, former Taoiseach John Bruton told the Thomas D’Arcy Summer School at Carlingford recently.

Mr Bruton was speaking at a seminar on “1916 and Revolutionary Republicanism”.

He said Theresa May will face a similar problem in 2017 to the one faced by John Redmond and the Irish Party in the 1910 to 1918 period.

“Theresa May is trying to gain independence for her country from a bigger Union, on a mutually agreed basis,” Mr Bruton said. “But a geographically concentrated minority of her people want to stay in that Union, in this case, the people of Scotland and Northern Ireland.

“John Redmond wanted independence for Ireland from another Union, also on a mutually agreed basis. In his case, a resolute, and also geographically concentrated, minority wanted to stay in that Union. They were a majority in Down, Antrim, Derry and Armagh.

“Similar problem, 100 years later.Theresa May wants access to the market of the Union she is leaving, and to get it she may have to continue to accept some of the rules of the Union.

“ John Redmond had to do likewise, although he, unlike Theresa May, under the deal he won, would have continued to have some input to those rules. Each represent, or represented, smaller entity seeking separation from a larger one.

“So, to get a good deal for exit, both need, or needed, to know, understand, and work the politics of the Union they wanted to leave. In this task, The Irish Parliamentary Party, of 100 years ago, did a markedly better job, than the British Conservative Party has done so far.

“As the Brexit negotiation continues, Theresa May even may have to contemplate a partition of the UK.

“This partition might exclude Scotland from some, or all aspects of UK law, if Scotland insists on remaining in the EU. This could be a price Theresa May might have to pay for willing consent by Scotland to the rest of the UK leaving the EU. Again similar to the problem John Redmond faced.

“But, all in all, Theresa May’s challenge is the easier one.

“Hers is a purely political problem. Her country is at peace, and the possibility of consent to Scotland going its own way has been conceded by her predecessor.

“John Redmond had to contend, on the other hand, with the existence of two private armies in Ireland on either side of the debate.

“ He had to contend with a wider world in the midst of a World War.”

“For example, in 1910 Healy, having been defeated in North Louth by a Redmondite, Richard Hazleton, launched an election petition, alleging bribery and intimidation of voters, and demanding his opponent be unseated,” Mr Bruton said.

“ He won this case, and a Healy supporter, Augustine Roche, won the seat in the re run.

“ The Catholic Church exercised a strong influence in Louth politics, usually in favour of nationalist political unity rather than on religious matters as such.”

Mr Bruton said the hotly contested character of elections in Louth strengthened constitutional nationalism in the county, and explains how it held its own here against Sinn Fein, even in the 1918 general election and the 1920 local elections.