Ard Dealgan: hopes of a new era for troubled complex 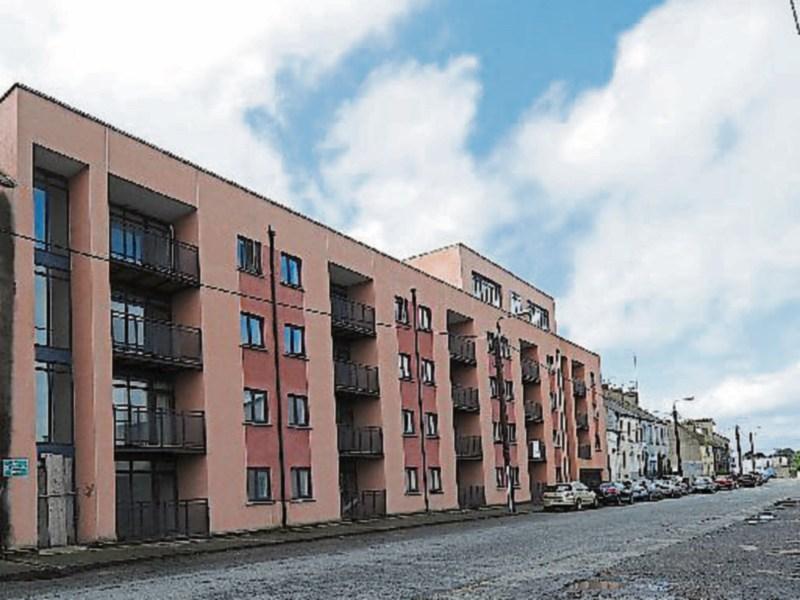 More details of what will become of the Ard Dealgan apartment block on Quay Street in Dundalk have come to light.

Louth County Council last week announced that they were issuing a Compulsory Purchase Order (CPO) on the troubled site.

If confirmed, the orders will authorise the housing authority to acquire the site.

The exact owners of the property, which still at this point is not clear - will receive individual written notice.

Should that be successful, housing body Tuath will develop the site in partnership with Louth County Council.

Speaking to the Democrat this week, a spokesperson for Tuath outlined what will happen to the apartment block that was condemned as a fire safety risk in 2009.

“The Association are working with Louth County Council to deliver a housing solution for the derelict apartments known as Ard Dealgan in Dundalk.

“This process is a complex one with a number of hurdles to be overcome before new homes will be provided at this location. The Council and Túath are committed to this project.

“The proposal is to demolish the existing apartment and a new-build scheme of approximately 40 units would be built.”

Tuath have already carried out out tests on the site with a view to providing refurbished apartments in last number of weeks.

“We are proposing a mixture of 1, 2 and 3-bedroom apartments and duplexes, which would cater for a social mix of single persons, couples and small families every one of whom will be chosen from Louth Co Council’s existing waiting list.

“Over the coming months a design team will be appointed to develop the proposal before a planning submission is made.

“We understand there have been a number of anti-social behavior incidents recorded at the derelict buildings and believe this re-development will not only provide much needed social housing in an area of high demand, but also make a positive contribution to the locality and neighboring residents and businesses.”

Túath spokesperson and Director of Development, Bronagh D’Arcy added: “The Association is committed to the re-development of Ard Dealgan, in partnership with Louth County Council. Funding for this project will be sought through the Department of Housing, Planning Community and Local Government and the Housing Finance Agency.

“Túath will be working hard to ensure that the scheme becomes a safe, secure and popular place where people and families choose to live and settle down.”

The block on Quay Street has fallen into ruin since it was officially declared unfit for human habitation upon completion, and it has become both an eyesore and a mecca for antisocial behaviour.

The proposal of social housing development in the place of the current block would be seen as a positive alternative to what would happen to the area if the apartment block stayed as is.

“ If 38 families could be housed in the Quay, it would reinvigorate the area and copper fasten the strong sense of community that already exists there”.

The apartments were originally developed by former IRA hunger striker Tom McFeeley. McFeeley was declared bankrupt in the UK, which was challenged, following which time he was declated bankrupt in Ireland.

Objections to the CPO need to be lodged by the 23 September, after which point an oral hearing will take place.