A fond farewell as 'Doc' Lavery leaves the stage 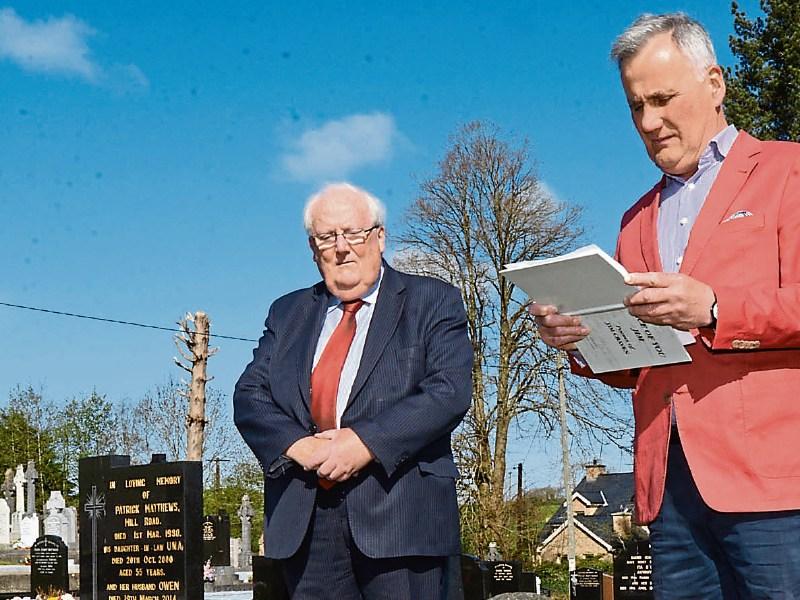 St Patrick’s Cathedral Dundalk was full on Saturday morning last as people came to say their last farewell to Doc Lavery, one of Dundalk’s great sons.

His son Peter said Doc had a terrible fear of being at a function and not being able to make a speech.

But he must have been proud of the eloquence, art, wit and sincerity, of Peter, and Doc's old friend Vincent Brown, both of whom drew warm applause from the huge congregation when they spoke at the end of the Requiem Mass.

Peter reminded everyone of the many roles Doc played in life, both on and off the stage.

In amateur dramatics he appeared in all the great plays.

His proudest moment, Peter said, was when he played in the Abbey Theatre’s production of The Playboy of the Western World, although Stephen Burns might say it was when he starred in Jessie and Hickok Rides Again.

Always a champion of the underdog, he protested outside Lansdowne Road in the early 80s, at the time the IRFU planned to tour apartheid South Africa, but as soon as the match began he “downed tools claiming he couldn’t miss the game”.

Vincent’s address took the form of a letter addressed to Doc himself.

“Doc look at you,” Vincent declared. “After a lifetime of strutting atheism you end up here.”

There were colourful reminiscences of college days and references to great existentialist non-believers, some of whom ended up taking Kierkegaard's advice and threw themselves into the arms of God.

There was a wry hint that Doc’s “atheism” was just another performance and that he had been following the great Danish existentialist Kierkegaard all along and that it was no surprise to his old friend that he had seen through the antics of so-called great philosophers.

But one of Dundalk’s great thespians had left the stage so there was no point in being anything else but melodramatic.

“You wanted to be buried in the Republican plot at Dowdallshill and for me to give the oration,” said Vincent, “and describe you as the finest externalist, socialist, republican I knew. As for claiming to be an existentialist solicitor. It’s an oxymoron.”

As well as the wonderful wit and humour, Vincent spoke with deep affection and emotion, referring to the great devotion and love Doc had for his family, and the family’s heroic care of him towards the end.

He described Doc Lavery as a man of great integrity.

“Many of us here today will grieve for you for the rest of our days,” said Vincent.

The day before Doc’s funeral I spoke to his long time friend and fellow thespian Stephen Burns.

“The problem with him walking on stage is that people would shout 'there's Doc' no matter what part he played.

“We did 20 satirical westerns and he was indispensable.

“It began when the Abbey did a play called Sundance, killer in the old West.

We did many versions and it was always a major hit at the Maytime Festival.

“It went on in the Imperial at 11pm each night and people queued up to get in. Some nights we would have to run a second show. It was Doc who made it with his unbeatable humour.

“He never stuck to a script in his life so you never knew what was coming.

“It lampooned the establishment.

“We did one show when Alan Shatter had just resigned and it got a huge response.

“Doc was a great character. Those plays were so successful we took it to Japan.

“We enhanced the original, introducing music, more characters, and women. Doc also did straight plays. He played Fr Jack in Dancing at Lughnasa.

“He was also a great after dinner speaker. Tony O'Reilly and others wouldn't hold a candle to Doc.

“He spoke at my wedding. In fact, he was the only one. Doc was called on first, and no one else would follow.

“He was simply that: an impossible act to follow.”