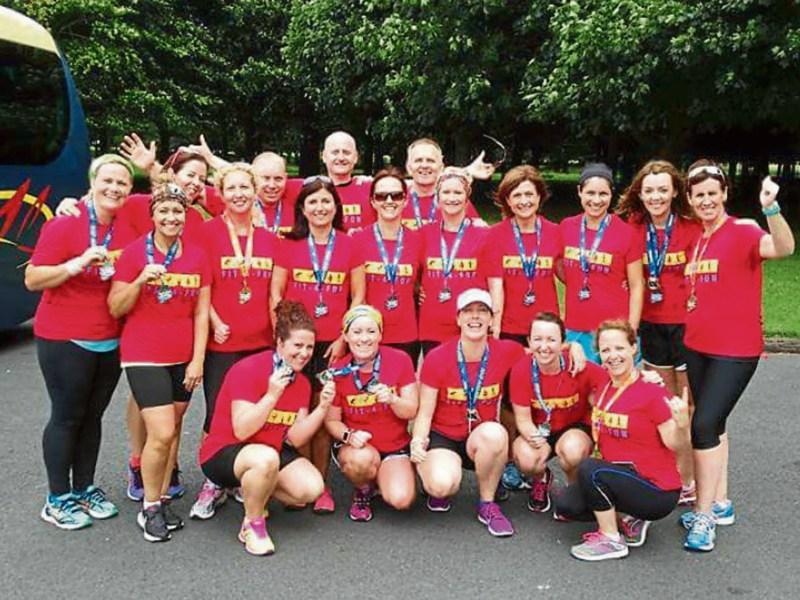 AFTER months of intensive training the day of reckoning had finally arrived for the newly formed Fit4Fun exercise group. After a carefully planned training programme arranged by Louise Eccles, it was an early start, meeting in the village at 6am for the bus journey to Dublin for the annual Rock N Roll half marathon/10k.

Fit4fun is a group of people who got together earlier this year through their love of exercise and keeping fit. It is for people at all level of fitness who enjoy putting the fun into keeping fit, whether it be walking, running, cycling, swimming, triathlons, yoga etc.

With music from the start line to the finish line and 13 live bands playing along the route spirits were high. 25 members made the trip 5 of which were attempting their first ever half marathon (21.3klm) - Karen Garvey, Jacinta Mc Nally, Dorothy Farrelly, Jillian Donegan and Clare Murrihy all of whom finished in just over two hours. This was a fantastic achievement considering it was there first time running this distance over a very difficult route especially when we got to a hilly windy phoenix park. Also a special mention of Rosarie O Donoghue who also completed the half marathon, her first in a long time.

For others it was also a fantastic opportunity to view this race as part of their training for the upcoming centenary Dublin Marathon in October. The Fit4fun group have several members doing the full marathon - Stephen Smyth, Louise and Paddy Eccles, Clodagh Conroy, Stephen Murphy and Darren Watters, all of whom achieved their goals on the day.

Several members were there to complete the 10k after a long summer of injuries and long lay-offs including Bee Johnson, Sunnibha Corcoran and Yvonne Culligan who all finished brilliantly. All members did themselves and the fit4fun group extremely proud and with the Dublin half marathon coming up in September there should be even more members competing next time around.

Through the Fit4Fun exercise group Facebook page members are kept highly motivated and encouraged to exercise on a daily basis and will always have a buddy to exercise with as there is daily activity on the page from 6am to 10pm at night. Whether it be couch to 5k, 10k runs, half marathons, full marathons or even cycling members are encouraged and helped to achieve their goals in a no pressure environment.