Louth to get taste of farmer's beef snack 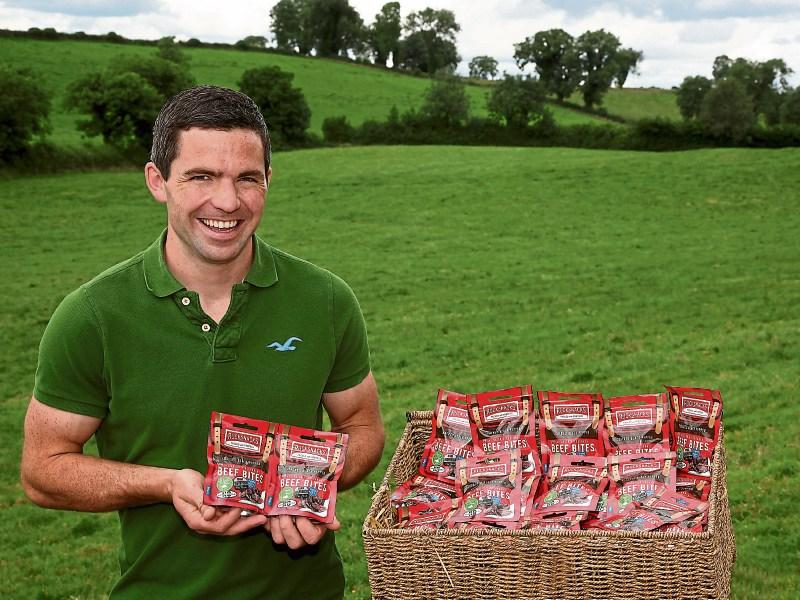 Colm Connolly, a fifth generation farmer from Clones is launching “Rucksnacks”, a new 100 per cent dried Irish beef snack which will be on sale in supermarkets in Louth from September.

Colm, who was named Monaghan’s Best Young Entrepreneur in 2015 and won Best New Idea for a start-up, has already successfully been selling his healthy snacks online across Ireland and worldwide.

“It’s difficult to eat healthy all the time, and when searching for healthy snacks they are often loaded with sugar or sweeteners. Our pouches are the perfect snack for active people, busy parents and just about everyone in between.”

Colm, 29, grew up on the family farm, but first worked as a mechanical engineer for a few years before adventure called. In 2014, Colm and his girlfriend embarked on a trip around the world.

They quit their jobs, grabbed their backpacks and for seven months explored North and South America, New Zealand, Australia, Asia and the Middle East experiencing the scenery, the cultures and the exciting food.

“Travelling was an amazing experience but I always knew I’d come home here to the farm and live in Ireland where I have always enjoyed farming and continue the family tradition,” Colm said.

“I am very into fitness and health.

“I was really frustrated on my return to Ireland to find a lack of healthy, convenient snacks.

“That’s when I got the idea for Rucksnacks - a grass-fed beef jerky snack with only 89 calories per serving.

“With no added sugar, no gluten and no allergens - it is quality Irish food that ticks a lot of health boxes as a high protein snack,” said Colm.