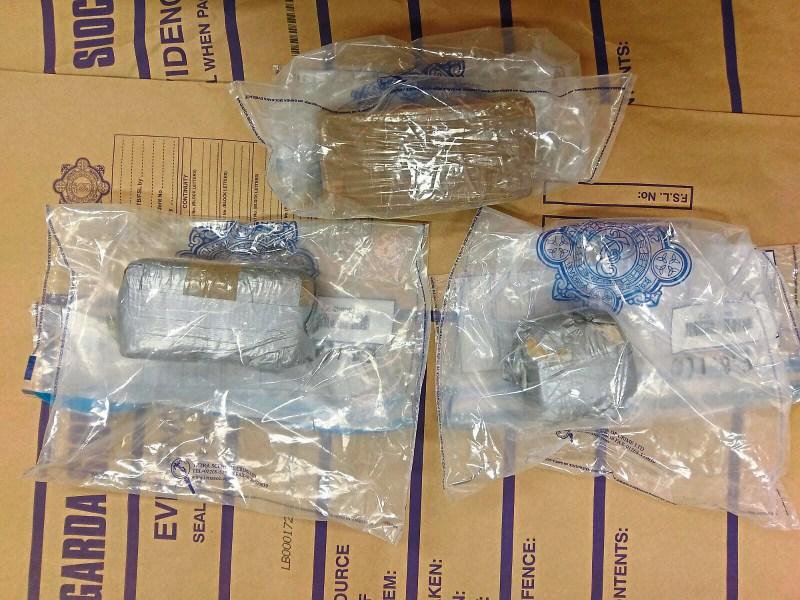 Three people charged in connection with a major drug seizure in north Louth at the weekend, appeared before a special court sitting in Drogheda yesterday (Monday).

Judge William Hamill heard that suspected heroin with an estimated street value of €210,000 was seized when a car and a Volvo truck were stopped by officers from the Garda Drugs and Organised Crime Bureau on Saturday afternoon.

The special court sitting was told that it is alleged that a package containing 1.5 kilos of the drug was recovered from the foot well of the car, which was stopped and searched by detectives.

The driver of the truck Martin Murphy (42) of Cuirt Droim Ard, Carrickmacross and the occupants of the car Viktoras Aksinavicius (23) of The Cottage, Aughnaseda, Monaghan and 30-year-old Aureliya Aleskejeva of no fixed abode, were each before the court accused of unlawful possession of a controlled drug - Diamorphine and having it for sale or supply at the Topaz Ballymac Filling Station on August 20th.

The court heard that Mr. Murphy was arrested on the N1 northbound and his co-accused were detained at the filling station.

A detective who opposed bail on the grounds of the seriousness of the charge said Martin Murphy has an address in the North, holds a Northern Ireland driving licence and travels regularly to the UK for work and he had fears about him residing in this jurisdiction.

However, the defence solicitor said her client stays at his girlfriend's in Cuirt Droim Ard on a regular basis and his passport was handed over to the garda in court.

The court heard his mother, an agency nurse would stand surety for him and the solicitor added it was likely her client's employment would be terminated as he was driving a work vehicle when he was arrested.

Another guard who arrested Aureliya Aleskejeva also opposed bail, as she failed to provide a valid address.

The solicitor - who represented all three accused, told the court the 30 year old is in a relationship with her Lithuanian co-defendant, and his mother had indicated she could live with her and both she and his stepfather were hopeful of being able to stand surety for €10,000. The court heard the Ms. Aleskejeva strenuously denies the charges.

A third detective gave evidence that Mr. Aksinavicius has been living in Newry for the last month and not at his mother's home. The court also heard he was not sure where his passport is. Judge Hamill refused him bail and remanded him in custody to Cloverhill district court on Friday. His co-accused are due before the vacation sitting of Dundalk District Court on Thursday.

They were both remanded in custody with consent to bail - of €15,000 or two independent sureties of €7,500 each. Their bail conditions include daily signing on requirements and being contactable by mobile phone at all times.