End to nightmare as council are to take over Ard Dealgan 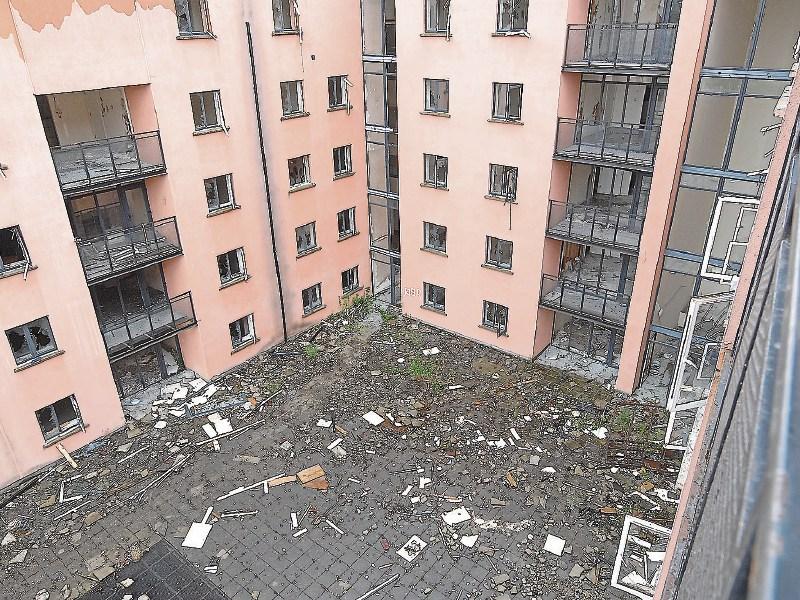 The nightmare at the Ard Dealgan apartment complex on Quay Street in Dundalk may be drawing to a close as news broke this week that Louth County Council plan to issue a compulsory purchase order to acquire the troubled block.

The council say they have submitted a CPO request to An Bord Pleanála for confirmation.

If confirmed, the orders will authorise the housing authority to acquire compulsorily the land described in the Schedule for the purposes of the Housing Act, 1966 .

The exact owners of the property- which still remains somewhat unclear - will receive individual written notice.

The council erected the sign on the outside of the building and local Cllr Jennifer Green branded the development as a “Positive move”.

“Something is happening, which is the main thing,” Cllr Green told the Democrat. “It's moving in the right direction.”

Site testing was carried out in recent weeks to ascertain what exactly the council have on their hands, results that could determine what will happen with the project.

“It's still in a limbo. We don't know if the complex will be redeveloped as it stands or if the whole thing will be demolished.”

Objections to the CPO need to be lodged by the 23 September, after which point an oral hearing will take place.