Friends of the International Brigade event at Spirit Store Dundalk 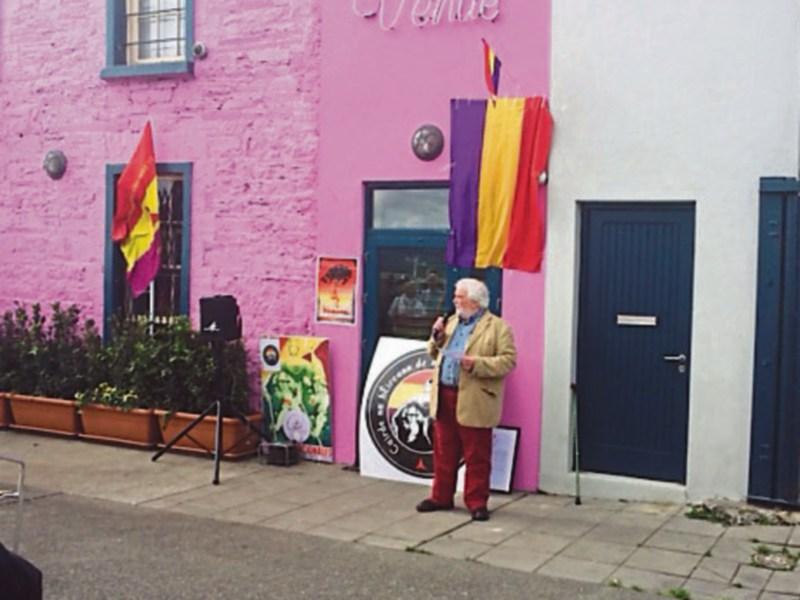 The events were held at The Spirit Store Dundalk and the Grand Vue Hotel Shore Road Omeath.

In Dundalk a memorial plaque was unveiled at The Spirit Store.

Poetry readings were held and and there was a musical tribute as well.

In Omeath a march took place from Omeath to Sliabh Fea and a Spanish picnic was held in the afternoon.

Friends of the International Brigade Ireland was formed during the 50th anniversary commemorations in 1986 of the Spanish Civil War.

Folk singers like Ronnie Drew of the Dubliners, historians, poets, trade unionists and surviving Irish brigaders Bob Doyle, Michael O’Riordan and Peter O’Connor regaled the packed rooms of the Buswell's Hotel with a series of contributions which lasted over 6 hours, and showed the role of the volunteers as a key part of the Irish democratic tradition, running from the San Patricios who fought for Mexico in 1848 against US imperialism, the Citizen Army and 1916 in Dublin, right up to the Irish then working with the Coffee Brogades to support Nicaragua’s Sandinista government in their struggle with the US-backed Contra attacks.

The International Brigade that fought fascism in Spain inspired the Irish association.