A wonderful amenity with something for all 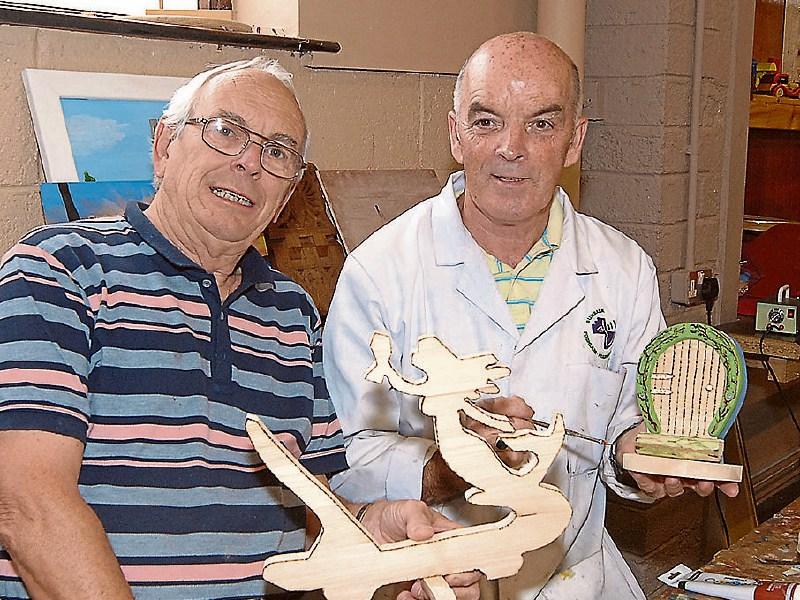 The Minister for Health Simon Harris was hugely impressed by Dundalk Men's Shed when he called to their premises at Seatown recently. Dundalk is one of the finest Men's Shed operations in the country and was one of the first in Europe.

Brian Byrne is chairman of Dundalk Men’s Shed and kindly showed me around this truly magnificent social centre. This is a place where men can practice a craft or art, do specialised work, or simply relax and socialise, have a chat with the friendliest Dundalk people you'll ever meet.

It was established in August 2011 and officially opened in 2012. It now has 90 members with an average of 30 to 50 people coming to the premises every day. It is opened from 9 to 2pm Monday to Friday and anybody who is 55 or over can attend.

Their choir will give a gig at the Marshes Shopping Centre next month in aid of Alzheimer's Aware.

It was Matt who told me that Dundalk was one of the first Men’s Shed centres in Europe. There are now 349 throughout the island of Ireland.

The work that is produced here is amazing and the products go on sale at their shop in the Longwalk Shopping Centre.

Chris Griffin advises people working in the woodwork section. Himself and Gene Rice have been making rocking horses, magnificently handcrafted toys that are true masterpieces.

Every year Owen Hanratty makes the numbers on the signs for the Poc Fada in Cooley. Also collection boxes for St Vincent de Paul, breadboards and even chess boards.

Joe McGrath was making a bird feeder. Michael Cumiskey is just one of those producing wonderful paintings and there are great carvings by Sean Casey.

“In the beginning things were small,” said Owen, “then we evolved to other things”.

They also have a beautiful garden and when we called some of the potatoes had just been dug up for the day's dinner.

The weekly charge to members is just €5.

“People can come and do whatever they wish,” said Brian Byrne. “It is all about well-being and being out meeting people.”

The group organises trips and they have visited museums, art galleries and exhibitions. The Dundalk Men's shed at Seatown is a wonderful amenity, open to all retired men who would like to come along to learn new skills, share skills or simply to meet up.