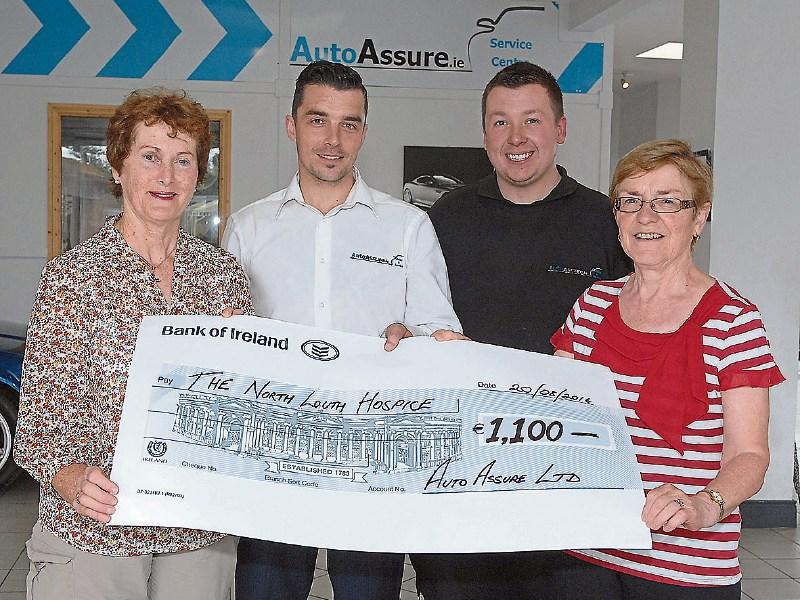 At the start of 2016, Dundalk car retailer Auto Assure decided that they wanted to give something back to the community, and in particular, to do something for a local charity.

Having spoken to a lot of friends, family and customers, the company were appalled to realise the amount of people that were badly in need of a car, but didn’t actually have the means to buy one or run one.

With this in mind, they came up with the idea of a Charity Car Giveaway. The car would not be brand new, but the priority was to ensure that it would be reliable for the lucky winner, so no expense was spared in getting the car ready.

The theme of the campaign was to DONATE and NOMINATE - Simply make a donation on the company's fundraising page www.ifundraise.ie/autoassurecharitycargiveaway and nominate someone you feel deserves to win the new car.

The initial response on social media was huge, and Auto Assure had some excellent and very worthy nominations. Unfortunately, they had only the one car to giveaway, so they had to make a draw from all the entries, and pick a winner on Saturday 20th August.

Unfortunately the actual winner, John Brennan from Tallanstown was unable to collect the car due to illness, but he was well represented by his family, and in particular his mother-in-law Ann Riordan, who’s nomination eventually led to John winning the car. John’s wife Claire was able to drive the car home to him on Saturday, and we were delighted to be able to make this happen.

Combined with the car, Kelleher Insurances also kindly donated a voucher worth €250 to go towards John’s insurance on the car. Going on the reaction of John’s family to him winning the car, Auro Assure realised this was something that we want to do on an annual basis. Not only were the company able to help out a family in need, but due to the level of donations, they were also able to donate €1,100 to the North Louth Hospice.

The North Louth Hospice offer invaluable services to people and families of people diagnosed with cancer. The whole campaign was a huge success, and Auto Assure would like to wish John a speedy recovery, and years of happy and safe motoring in his new car. The company would also like to thank everyone who donated and nominated, as every penny really counts when it comes to the work of the hospice.