'Into the Blue' art exhibition a great success in Blackrock 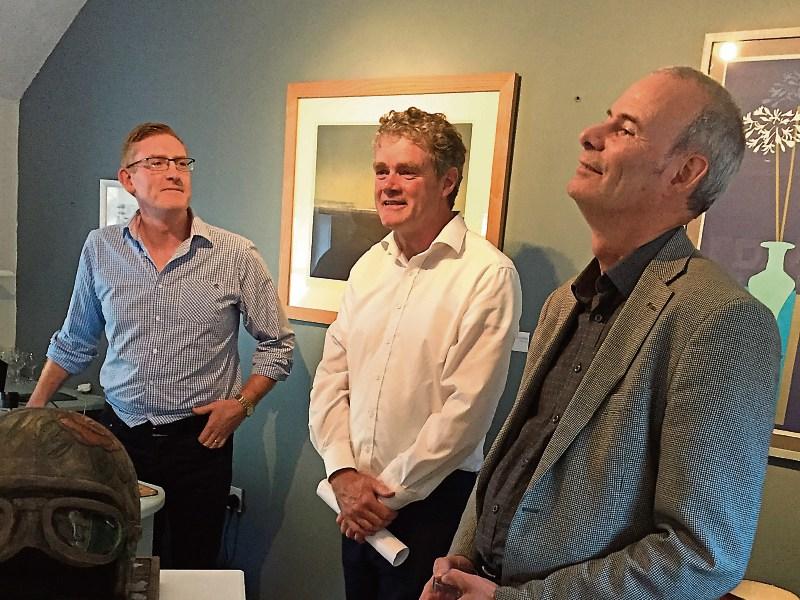 ‘INTO the Blue’ a fine art exhibition was officially launched in Blackrock last Thursday and according to organiser Francis Verling, of Verling Fine Art, the night was a resounding success,

“We had a fantastic turnout - the small gallery was filled to capacity with invited guests peeping in through the front and back doors for the speeches. A bit like a country church at 12 mass. The evening was lovely with hazy sunshine so we were fortunate- had the weather been otherwise everyone wouldn't have fitted in this old converted corrugated iron roofed cottage”.

‘Our Blackrock venue this year will provide a great opportunity to show the work of nineteen artists to a wider audience, given the easy to find location of Murphy’s Lane between the famous ‘Danny Hughes Seaside Shop’ and Café Acqua on Main Street, Blackrock’.

He went on to say,

“Verling Fine Art has something for everyone from sculptural objects to functional art – oil paintings to ceramic bowls. It’s an Aladdin's cave of fine art, ceramics and glass from north and south and a lovely way to end or begin a walk along the sea front at Blackrock - a way to capture a memory, a way to take a step 'into the blue'. We’re really looking forward to welcoming local art lovers, connoisseurs and the curious.”

Verling Fine Art is a Fine Art & Craft gallery specialising in the sale and promotion of work by Irish and International artists in the disciplines of fine art, glass and ceramics. Founded by Sarah Daly and Francis Verling based on a lifelong passion and enthusiasm for fine and functional Art.

Both have backgrounds in art - Sarah did a Degree in Fine Art Painting in Limerick College of Art and a Masters which she completed recently and Francis studied Industrial Design in the National College of Art and Design in Dublin and worked as a designer with Waterford Crystal and Ediunburgh Crystal (in the 90's).

The gallery will be open 10.00 – 5.00 daily from 11 August to 28 August or by appointment by calling 086 179 2568. If you would like to find out more about Verling Fine Art visit their Facebook Page Verling Fine art and or email at verlingfineart@gmail.com