Residents building brighter future for themselves 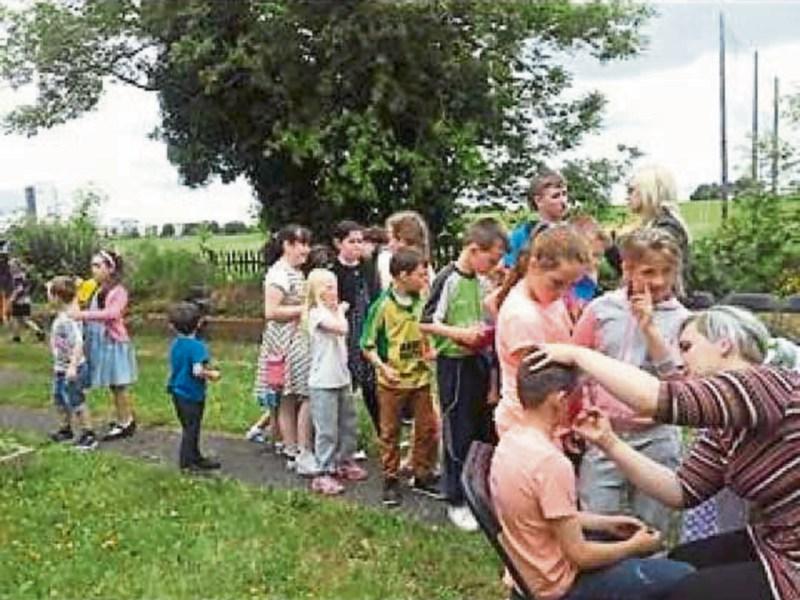 Doolargy Avenue in Dundalk has often made the headlines for all the wrong reasons, but things are changing. There is a growing community spirit in the area as people build a brighter future for themselves and their families.

“I grew up here,” said Kayleigh Mulligan, who works with the Louth Volunteer Centre. “I know the majority of people are a hundred per cent. Our aim is get more people interested in the local community and it’s working.

“The interest in doing voluntary work in the community has increased. People had a fear of intimidation or ridicule, but that is disappearing as more and more are become involved.

A new confidence is building up in Doolargy.”

The Louth Volunteer Centre is working in partnership with Louth County Council to help people become more interested in community affairs in Doolargy.

The first event to get off the ground was a Christmas party held last year. They have been using the Craobh Rua centre as a hub for organising events and have had great support from Caroline Flanagan and Roisín Keenan.

The Christmas event was a huge success. Adrian McGuinness was a great Santa Claus and Bernie Finn played Mrs Claus.

“It was run by the residents,” said Kayleigh, “and that’s what made it such a success. The kids loved it and it raised €200 to go towards other community events”.

It was a good starting point because when the spring arrived, a group of volunteers joined Caroline Flanagan and Roisín Keenan from Craobh Rua and took part in a major clean-up during the National Spring Clean.

“The residents then wanted to do a summer event,” said Kayleigh. “So we registered with the National Street Feast.

“We had our own Street Feast. Everything was supplied by the county council and that included a marquee, face painting, barbecue. Tony Kieran Butchers on the Avenue Raod supplied 100 burgers. It was a great success.”

Stephen Mulligan also grew up in Doolargy Avenue and has been contracted to work on the Doolargy project.

Stephen has strong links to the community and the local boxing club Clan Naoimhe. He was Leinster Intermediate Champion in 2014 and now runs his own gym, Fighting Fit, at the Blackthorn Business Park on Coe’s Road Dundalk. He also has a college degree in Community and Sports Leadership from Dundalk Institute of Technology.

“There is a growing engagement among the people,” said Stephen. “People were afraid to stand out on their own, but that is all changing.

“We are hoping now to organise a family fun day before the end of the summer which will involve the kids and all of the community.”

Kayleigh is adamant that the funding and support and commitment from the county council is invaluable.

“People see the results,” she said. “There is a solid group of residents who are committed to change. Stephen Cull from the council’s housing section pushed to have us on board for this project, which is basically designed to get people involved in their own community and eventually take charge and run all events themselves.

“Stephen has been the driving force within the council to get this up and running. The council is serious about getting the residents to take charge of their estate and councillors Maeve Yore and Kevin Keenan continue to give tremendous support,” she said.

Louth Volunteer Centre provide a free volunteer matching service for people who would like to volunteer but may not know where to start. Anyone can make an appointment to meet someone in the local offices in Dundalk, Ardee or Drogheda to discuss the local volunteer opportunities that might suit them by calling 041 980 9008 or 086 043 1379.

An online list of volunteering opportunities makes it easier for people to see where they might volunteer. It is available on www.volunteerlouth.ie. The Volunteer Centre also provides a service for community groups in Louth by offering support and training on how to recruit volunteers. The centre is authorised to process Garda vetting forms on behalf of organisations.