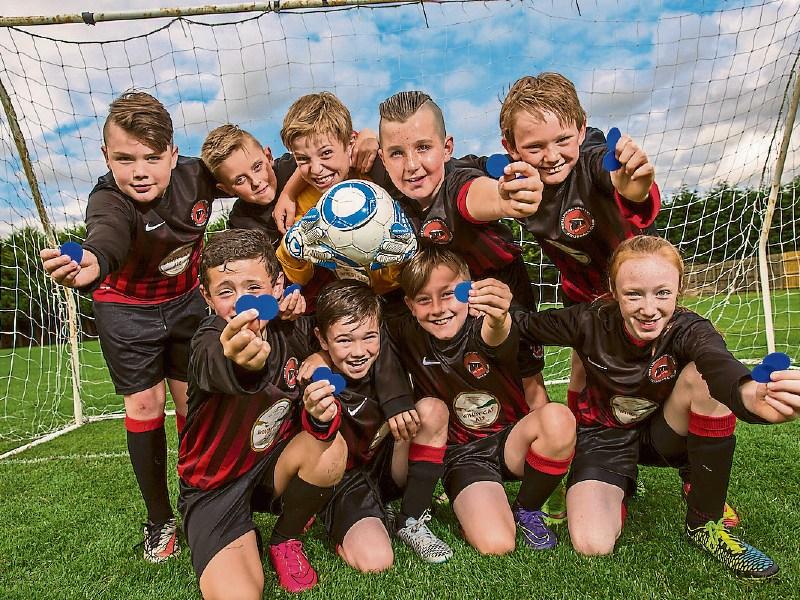 Bellurgan FC in Dundalk was one of the recent causes backed by the Tesco Community Fund and they used the funding they received in a simple yet clever way.

For the players of Bellurgan FC, their biggest rivals can be found off the pitch. Its members range in age from seven-years-old to their over 60s and the football club really relies on community support to help with their running costs.

However, the club is situated in a GAA stronghold and while Coach Neil Clynch feels that the local sporting competition really benefits the community, he admits that it’s difficult to raise money when there are so many competing worthy causes.

For regular income, the club started a local lotto draw, the Blotto, to boost their coffers but other, bigger clubs had a similar idea.

That was when one of their members asked if there was enough funding to put a sign up to advertise the local lotto so that passers-by could get involved. And that’s where the Community Fund came in.

The club were nominated and chosen for the Community Fund cycle in Tesco Extra Dundalk and eight weeks later, after lots of community support and all of their teams piling into the store to vote using their blue tokens, they received a cheque from their local store. A few weeks later, up went the clubs signage, as did the interest in their local lotto.

Bellurgan FC is a small club in the heart of Louth County but with the help of the community and their local Tesco store, they were able to make a big difference.

“The Tesco Community Fund is a brilliant idea,” said Club Secretary, Austin Traynor. “Every penny is really precious and we are very grateful to it and to everyone who voted for our club in Tesco Extra Dundalk”.

“The Community Fund is open to any good cause or group so if you think you know a local organisation that could benefit from some extra funding, please nominate them in store today.

And don’t forget to vote for your preferred cause each time you shop using your blue token, because it really does make a difference.”

Tesco customers can simply fill out a nomination form in store and every 8 weeks, three local causes will be selected for the Tesco Community Fund.

And at the end of each phase, blue token votes are counted and up to €1,000 is shared proportionally between the three local causes.

Last week, Tesco spent the day filming with Bellurgan FC to show how they used their Community Fund donation.