Tommy was proud of 'sensational Dundalk' 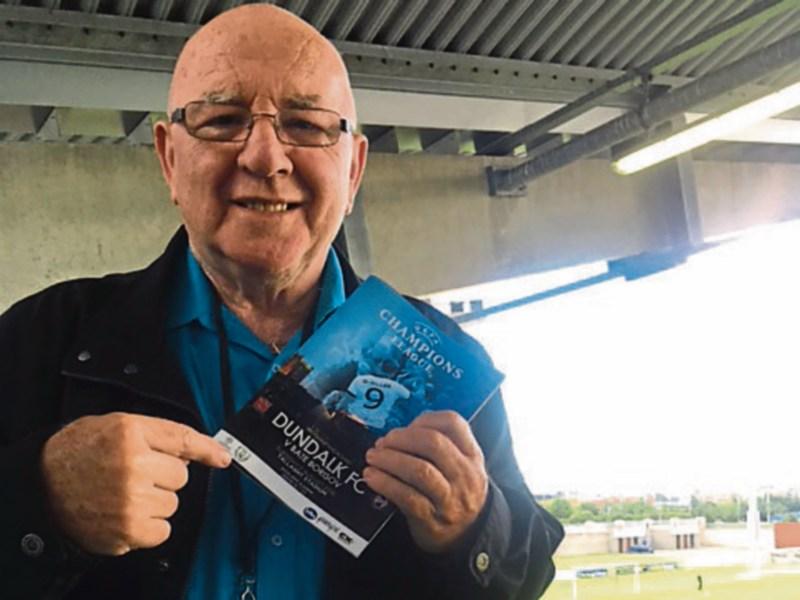 “I would say they definitely have more than a fifty-fifty chance now of getting into the Champions League group stages.

“This was a very comprehensive performance and getting the goal just before half time was of course crucial. BATAS had no answer.”

Tommy, who emigrated from Knockbridge 53 years ago, has built a hugely successful career as a distinguished sports commentator with the worldwide ESPN broadcasting network based in New York.

He came over to cover the Celtic v Barcelona tie at the Aviva Stadium and then went to Tallaght to see the Town take a step closer to making League of Ireland history by becoming the first Irish club to qualify for the groups stages of the Champions League.

Of course, in the year that Tommy left for the United States to make his name, Dundalk went on to make history.

Tommy left in August '63 and a few weeks later Dundalk AFC - as it was called then - became the first League of Ireland club to win on the Continent in the European Cup, the forerunner of the Champions League.

After losing 3-0 at Dalymount Park - Oriel had no lights then - they went over to Zurich and beat the Swiss champions 2-1.

Last week, the club took a step closer towards making history again and there was hardly anyone prouder of their performance than Tommy Smyth who has covered every major world soccer league.

Tommy covers 250 games a year and that includes one every Friday, Saturday and Sunday.

These are matches from the top leagues all over the world.

As well as television, he has a radio programme that is broadcast throughout the United States on Sirius XM85.

The programme has featured some of the top names in soccer.

It's a two hour show and goes out three times a week.

One of Tommy's secrets is his naturalism. It's the secret of all great professional broadcasters: make it look simple.

And like all great broadcasters, people love him or go the opposite way.

As Ray D'Arcy described him on RTE last week: Tommy is like marmite. You just like it or you don't.

However, I think Tommy has more fans than jealous detractors.

When he arrived at the Ariva Stadium for the Celtic v Barca game, some of the crowd were heard to say: 'Oh, there's Tommy Smyth. He's come to cover the game'.

Tommy is married to Treasa, a Cork woman, who is also a successful broadcaster.

She has been inducted to the Irish Hall of Fame in the US and hosts the Ireland Calls radio programme in the States every Saturday.

She also covers the St Patrick's Day Parade from New York each year which is now carried on the Irish TV channel.

Treasa is also Vice President of the County Cork Benevolent Association which is based in New York and is holding its bi-centennial dance in Doughals next Saturday.

Tommy and Treasa are heading down to Cork for the occasion but before they left they were cheering for the Bride's on Saturday evening.