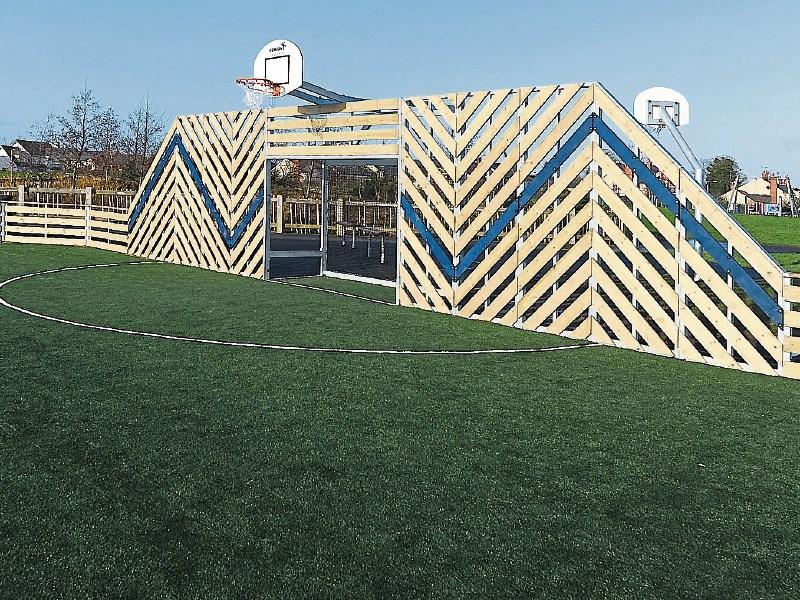 Blackrock Park is the recent recipient of the An Taisce Green Flag Award for Parks. Blackrock Park was nominated by Louth County Council to represent the county in these National awards.

The award was presented to Elias Mlimbila from Louth County Council and Eileen Carter, Blackrock Park Committee and Park Volunteer, at the Phoenix Park Visitors Centre on the 21st July.

The Green Flag is a mark of a quality park or green space giving recognition of achieving the national standard for parks and green spaces. It is in existence in the UK and Europe for the past 20 years and has now arrived in Ireland.

Eileen Carter, speaking on behalf of the Parks Committee said,

“We are delighted and thrilled. It is recognition of the amount of work that a community can do and the standards that can be achieved by working together with enthusiasm, energy and co-operation. It is a testament to volunteerism, and proof that age is no barrier to creating and sustaining something as big and beautiful as a Community Park’.

“All elements of the Park were assessed by the judges and all reached the highest of standards. The fact that we currently have a 5 year plan and have been implementing elements of it each year (we are now in year 3) is important. The combination of excellent recreational areas such as the playground, the exercise equipment and the multi-use pitch together with formal and informal planting impressed the judges’.

“Most notable though was the fact that a park of its size, with biodiversity areas, sustainable management, composting facilities, school projects, wild flower planting, woodland, orchard and so much more, was possible through volunteerism and local community support. The judges were pretty well amazed that we were doing all of that on a miniscule budget and no full-time staff’.

“I want to acknowledging the variety of skills that has been brought together in administration, digging, planting, sowing, running events such as Fun Days and Halloween and other seasonal celebrations. This is possible because of the Park Committee, the Tuesday morning Gardening Group, Tús Workers, the local Community Employment Scheme, The Probation Service all working together in an atmosphere of friendliness, openness and fun’.

“We would especially like to thank Louth County Council for assisting with the upkeep of the Park and for nominating us for this award. Blackrock Tidy Towns have been supporting our projects and endeavours in the Park from the very beginning and have sponsored many of the garden areas in the Park especially the Biodiversity Garden, the Intergenerational Flower Garden and Intergenerational woodland garden to name but a few’.

The park was established over 10 years ago and since then there have been many developments in the park that have made it award worthy,

“We felt, despite our work over the years, that we needed a plan and a vision for what the park should look like in the future. Paul Martin very kindly came on board and produced for us a superb plan elements of which we have been introducing to the Park over the last 2 years. We plan to continue executing his plan as funds become available to do so’.

“If we are fortunate enough to be granted funding we could move on to the next stage of Paul Martin's plan to include 17 mature trees to screen the eastern boundary of the park thus enclosing the Park in a circle of green.

“We would like to provide lighting in the Park and are currently, with the assistance of Louth County Council , exploring sustainable lighting as the installation and running costs for the usual type of public lighting is just too prohibitive and far outside anything we could possibly afford”.

In the meantime the Park always welcomes volunteers to help keep the standards up,

“It’s mostly gardening and maintenance tasks. We are flexible regarding time involved - currently our Volunteer Gardeners come to the Park on Tuesday mornings for a couple of hours. We use the term "gardeners" loosely! It's about enthusiasm, a bit of energy and we teach each other as we go along.