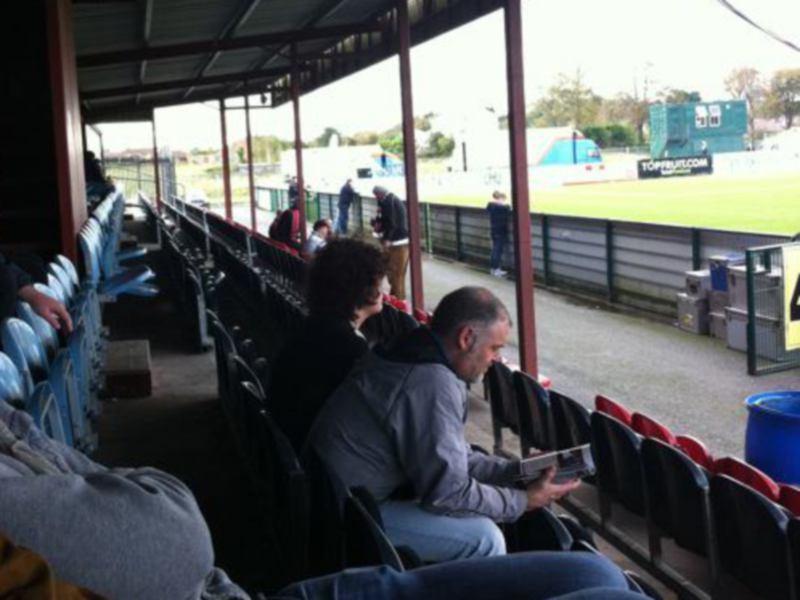 Take a look at the photograph at the top of this article for a moment.

It was taken in Oriel Park on Saturday October 8th 2011. Not quite five years ago.

Dundalk lost that match 2-0 to Derry City and barely fifty people were in The Shed that day.

A miserable season was reaching its nadir and worse was still to come. The ensuing story has been told already - it has already become legend, but it's still an incredible tale, considering what has happened since.

Last night Dundalk FC earned over €7m in prize money for beating BATE Borisov and are just two matches away from the champions league group stages (and the untold riches that will also bring), with the Europa League group stages already safely tucked into their back pockets.

For the die hard fans who have been there through the very worst of it, words hardly suffice right now.

"Back then (2011) we were going to the games and trying to raise funds just to keep the club afloat", explains Lilywhite fan Kevin Monaghan (33), "not knowing if there would even be a club come the next season."

Asked if he ever thought last night could happen, Kevin rolls his eyes to the sky.

"Not in a million years would I have thought that Dundalk could even win the league never mind do what they did last night. It's fairy tale stuff and truly a credit to the likes of Stephen Kenny, Andy Connolly and everyone involved up there. What we are witnessing right now we will be talking about for the rest of our lives."

Thanks to the hard work and sacrifice by those same die hard fans Dundalk have survived - and then some.

"Today we are all buzzing as if we have just won the lotto and wondering how the club is going to spend its new found riches", adds Kevin.

"It's genuinely unbelievable what's just happened, you could make a movie about it all."