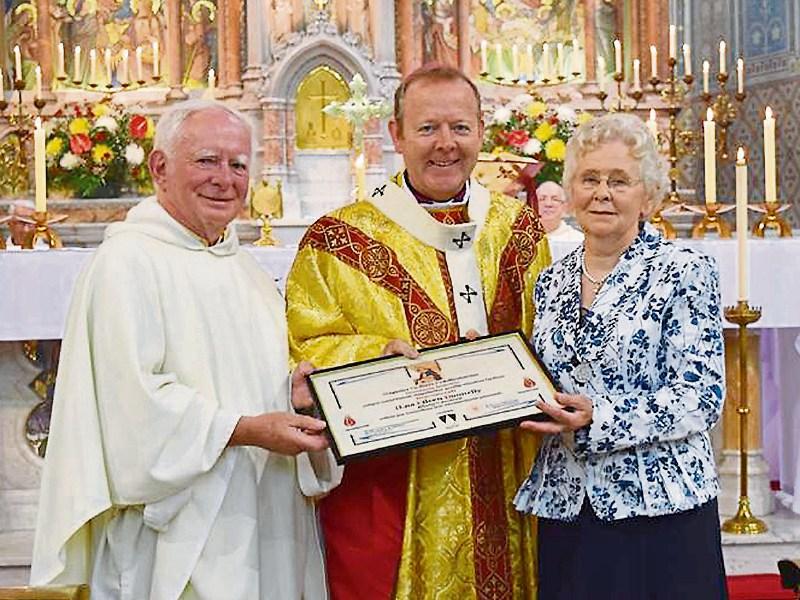 This is a special year for The Friary in Dundalk - St Malachy’s Church - which has been the home of the Dominican Fathers in the town for over two hundred years.

The Fathers came to Dundalk in 1777 and before that they had been in Carlingford since 1305.

The Prior at St Malachy’s is Fr Gus Champion, a Wicklow man, who ministered in Argentina and Portugal.

Fr Champion is joined by Fr Bede McGregor, who was the previous Prior and who is now works closely with EWTN the global Catholic television and radio network, and lectured at St Patrick’s University Maynooth for many years..

The Dominicans founded an abbey in Carlingford in 1305. Henry VIII or rather his chancellor Thomas Moore, destroyed and pillaged the monasteries in 1539 so the Dominicans had to continue their work secretly in the Cooley peninsula.

In the early 1700s they started serving the people and teaching in Faughart, Haggardstown and Kilcurry and were known as the Friars of Carlingford.

The first Dominican chapel in Dundalk was an old Linen factory around Linenhall Street.

From the early days in Carlingford they had provided a school. In 1827 they opened a school in Dundalk known as the Poor School. This was two years before Catholic Emancipation, so it gives an idea of the dedication and bravery of these men.

Preaching, celebrating Mass, and teaching, by Catholic priests, was seen as subversive activities.

It was only in 1832, three years after Catholic Emancipation, when the Government was contributing towards education, that the Dominicans were able to provide a chapel school attached to the Dominican priory in Anne Street.

The school was now part of the new national system, a fully recognised national school. For 17 years this was the only school under Catholic management in Dundalk. In 1853 a school for higher studies was opened, a secondary school, and it existed until 1861 when the Marist Fathers came over from France and were invited by the Archbishop of Armagh to set up a school in Dundalk, which of course, became St Mary’s College.

A new school building was built in 1900 heated by “hot air pipes and fires” with equipment for the teaching of cooking, sewing, knitting and typewriting, the computer technology of its day. This was divided into three independent schools: boys, girls, infants.

Then in 1953 the school buildings that now exist were built. They were one of the largest and most modern in the country, and you would still travel the length of the country to find schools with such a magnificent concert hall. Indeed, one of the country’s greatest playwrights travelled from Kerry in 1960 to see the first performance of his first great play in the Friary Hall in Dundalk.

His name was John B Keane and the play was called Sive. Generations of Dundalk people went to the Friary schools, including myself, and attended services throughout the year at St Malachy’s Church.

The Dominicans will always be held in the highest esteem by the people of Dundalk and beyond.

For 239 years they have served the people and have been involved in the educated of generations beginning at a time when it was a crime to seek an education and to practice a religious faith.

This year, they are commemorating the 800th Jubilee Year of the Dominicans, and the fact that for most of that time the Dominicans have been here in Louth, working tirelessly for the people. Next month a book covering that time in Dundalk will be published. It will be well worth the read.