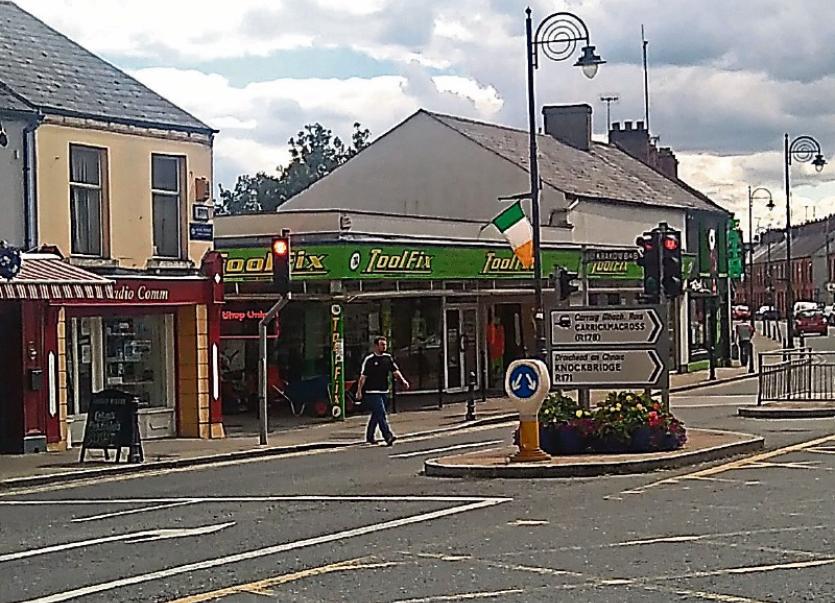 Staff at local hardware store Toolfix believe an organised crime 'cased' the place before making a smash and grab raid on the shop last week.

At approximately 4.15am two men arrived at the alley way of the tool store along Gray's Lane, Dundalk.

They parked up a window in a saloon style car before smashing their way through the glass.

A man described as being in his twenties and of a slim build and under six feet in height then went inside the premises.

Ignoring the cash register, the calculating criminal went straight to the high value socket sets. The sets can cost hundreds of euro each. The man then transferred the items out through the window to his accomplice who was waiting outside. The raid took just eight minutes, which the criminals gambled on being too short a time for Gardaí to arrive by.

While the criminalsl wore gloves throughout the raid, they did not cover their faces, and they were caught on the store's CCTV.

The footage has now been viewed by Gardaí and will be helpful in finding the crooks. The man who made it into the buidling was caught relatively clearly on the tape, while the man outside was more difficult to make out. The raid set off an an alarm and the owners of the store and Gardaí were at the scene by 4.45am, by which time the criminals were long gone.

Speaking to the Democrat, sales assistant Kenneth Matthews said the raid has left a bitter taste in the mouth of all the staff at the store.

“It's the prinicipal of it,” Ken told the Democrat. “It's the annoyance of it too.”

Hundreds of euro of damage was done to the windows, while the significant amount of stock was taken.

“We're doing a stock check today (Friday) to find out what was taken.

“It's the first major break-in here, at least that I know of.

“It's not clear how much was taken just yet.”

Crucially, Ken believes that the criminals 'cased' the joint beforehand, and knew when and how to strike and what to take.

The tools will likely now be 'fenced' at markets around the country, most likely out the back of car boot.

There was also a break-in the same night at Cullen's Auto Parts on the Newry Road, which could well be the same criminal gang.

The hope now is that the criminals are caught and brought to justice.

If you saw something on Thursday night or the early hours of Friday morning on the Dublin Street area or the Newry Road or have any information relating to this incident, please contact Dundalk Garda Station on (042) 938 8400.