Reaghstown centre will serve all of community 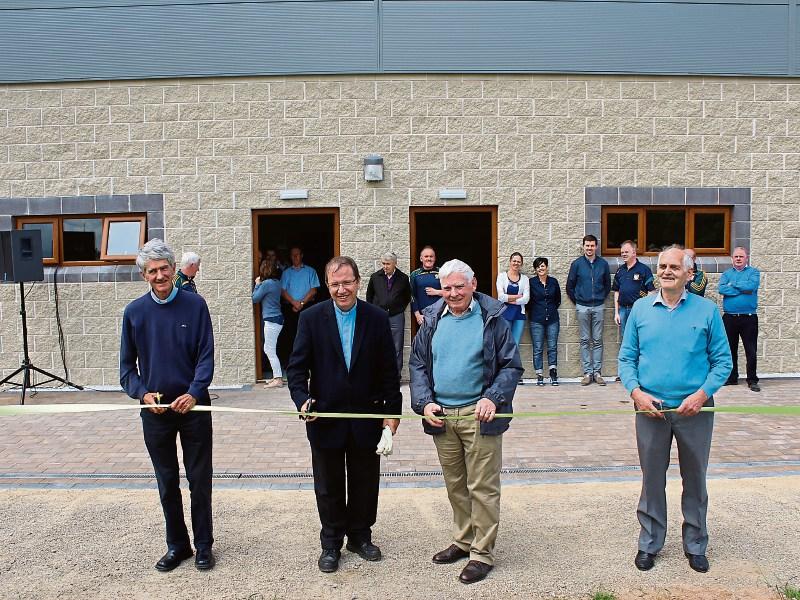 Sunday 3 July in Reaghstown marked a historic occasion with the opening of the first phase of the community centre.

Built on the grounds of the Westerns GFC this building will bring the community closer together in recreation and social activities. The first phase, which was completed in late June, installed upgraded club rooms along with a "Sli Na Slainte - pathway to Health", walking track.

In attendance at the opening were a number of local and regional notaries, including former Louth GAA manager and current Fine Gael TD Peter Fitzpatrick along with Louth 1957 All-Ireland winner Aidan McGuinness, a former trainer of the Westerns and a man very well known around GAA circles.

Westerns GFC chairman, Frank Scriven addressed the large crowd and thanked the people who contributed to the building, many of them voluntary.

He said that the foundations were laid way back at the start of 2015 – so it’s been a long road to get to this point.

Frank added: “There’s an awful lot of people in the background who have done tremendous work.

“It was November in 2014 when we turned the sod here and the foundations were poured in January last year, so it has taken a little longer than we expected to get to this stage. But at least we’ve got to this stage.

"It's been a long struggle from planning to a decision being made to do it through our own labor, trying to get as much help as we could instead of going out to a main contractor.

“We know that we have saved tremendous money and that is down to the amount of help that we have got and the amount of people who have volunteered – giving up their own time. You’ll also notice the walking and running track we completed over the Easter weekend.

Anthony asked the crowd to avail of the walking track even if they hadn't an interest in GAA but to stimulate a healthy mind and body.

Frank addressed the crowd one last time to say these words:

“Within a month or so, we will start dismantling the old building and we will be progressing with the new build.

“Earlier this year, through the help of Peter Fitzpatrick, we managed to secure a grant for €52,000.

“That will go to fund the next part of it.

“That has to be spent by the end of next year, so our intention is that we will push on.”