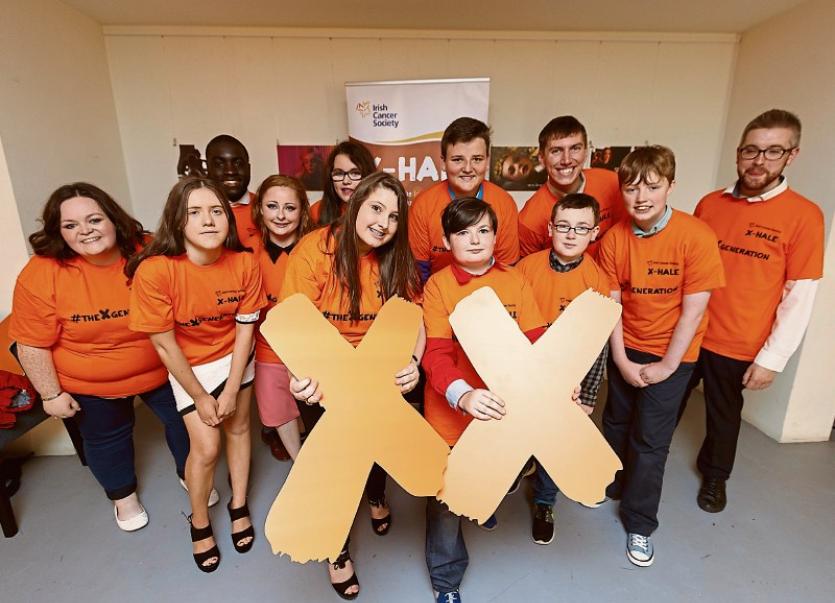 The group scooped the award for its short film “Ciggy and Me” which was showcased at the recent event in the Lighthouse Cinema in Smithfield.

Over 300 young people came together to showcase their anti-tobacco films and projects which they have created to contribute towards establishing Ireland’s first smoke-free generation.

Smoking rates among young people have plummeted to their lowest rate yet with only eight per cent of young people between the ages of 10 and 17 now smoking.

X-HALE is an initiative of the Irish Cancer Society which aims to empower young people to work towards reducing smoking among their generation, by raising awareness about the dangers of smoking and encouraging their peers to be smoke free.

Since its inception in 2011, the X-HALE Youth Awards has seen almost 1,200 young people attend the annual event, with over a quarter of a million views for the young people’s smoking prevention short films and projects online.

Kevin O’Hagan, Cancer Prevention Manager at the Irish Cancer Society said: “I would like to congratulate Dundalk Youth Service for taking part and for making a positive impact on their health and that of their peers. They have been recognised for exceptional effort in their project.

“We need to look at what Dundalk Youth Service and the rest of the #theXgeneration are saying. They can be Ireland’s first smoke-free generation and they are telling us in their own way that the time is up for the tobacco industry in this country. They are educated on the issue of smoking and are refusing to let their health be affected by tobacco.”