Greenore play and our 1916 sea tragedy 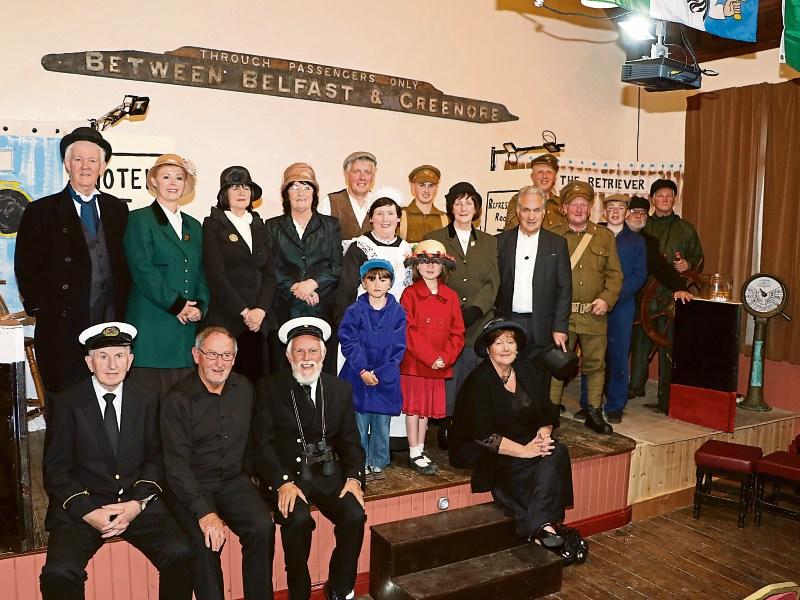 “Time To Remember” a play written and directed by Michael Ferguson was warmly received when it premiered in Greenore recently.

It played to packed houses which is not surprising as it encompasses emigration, the 1916 Rising, the First World War and Carlingford Lough's worst sea tragedy.

The story line is based on events in the lead up to the departure from Greenore dock of the passenger vessel S.S. Connemara on the ill-fated voyage of 3 November 1916 when it was in collision with the Newry bound collier the S.S. Retriever.

The tragedy happened off Carlingford Bar, while voyaging from Greenore to Holyhead with passengers, general cargo and cattle.

The Connemara left her berth at Greenore at shortly after 8 o'clock on a Friday night bound for Holyhead on her regular run.

A fierce gale was ragging. The combination of wind and tide had churned the sea into a fearful cauldron at the bar mouth, making navigation difficult.

The Connemara sank quickly and all 31 crew and 51 passengers aboard the Connemara were lost.

Of the nine crew members of the Retriever, only one survived.

The play will now be staged at various local venues throughout Louth and over in county Down.

It will also visit Anglesey. This play was written and produced by local playwright Michael Ferguson and performed by the hugely talented Greenore Drama Group.

It is a tribute to all those lost in that horrific tragedy.

The play will also be performed as part of Centennial Commemoration to be held in Greenore on 9, 10 and 11 September next prior to a presentation in Holyhead the following weekend.

The names of the crew who lost their lives in the tragedy are depicted on the War Memorail at Holyhead.