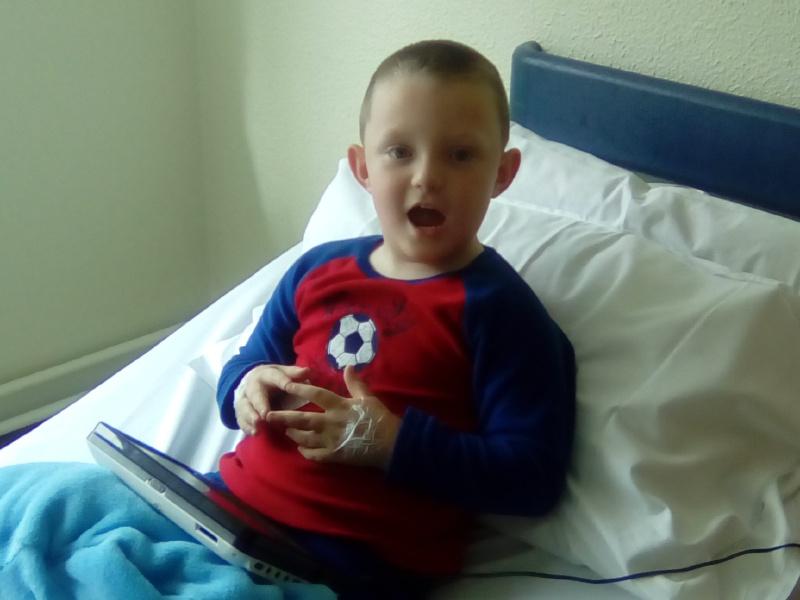 A Dundalk mother has spoken out angrily about the level of care her autistic son Ryan received at a hospital in Mullingar last week.

Emma Cosgrove's son was refused an operation at St Francis' private hosptial in Mullingar because of his autism, according to Emma.

A full investigation is now underway.

"I wanted to share my story with you that has left me in a very angry and hurt state. To start I have a 5 year old son with high functioning autism.

"A very smart bright young lad who copes extremely well in society. From a young age he has suffered with tonsillitis and as a result we had an appointment in St Francis private hospital, Ballinderry, Mullingar for a tonsillectomy.

"We were due for an overnight stay. After wakening my son at 4.30am, fasting him and starting to travel from Dundalk by taxis and trains we made it to the hospital for check in time at 9.30am.

"He was admitted to his private room (which he was given as a direct result of having ASD) and the nurse put a local anesthetic on both his hands. Around 10.30am the surgeon came to the room and told me he could not perform the tonsillectomy on my son as a result of his ASD diagnosis.

"I was completely shocked. He went on to say that my son is likely to refuse food after the surgery as part of his ASD and would need additional care that only a public hospital could provide.

"What has rattled my cage is that he (the surgeon) can assume that an ASD child would refuse food after surgery and that a child with no diagnosis wouldn't.

"The hospital was well advised of my sons diagnosis, to the point they even offered him first surgery of the morning and a private room.

"No two children on the spectrum are the same and he never should of treated us this way."