Knockbridge Brownies have a blast at girl guide camp in Down 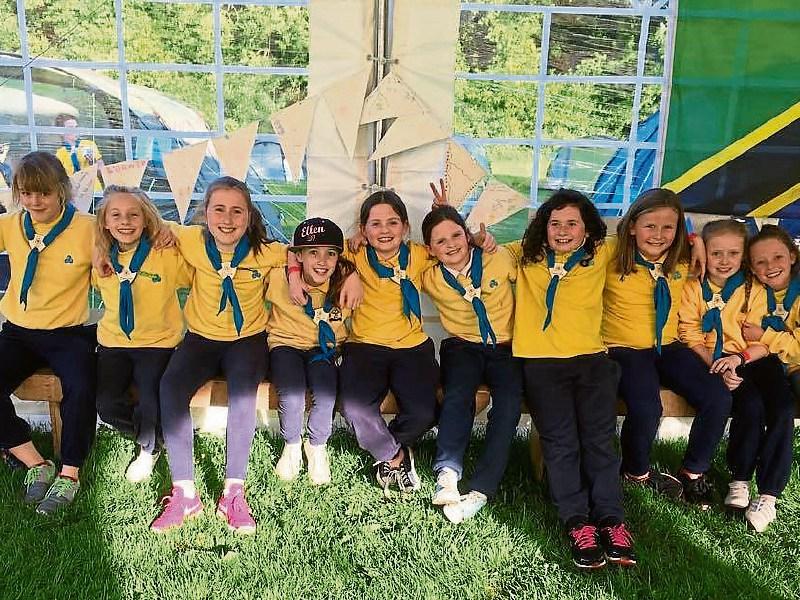 148 Brownies, including Knockbridge Brownies, had the time of their lives recently when they made the trek to Lorne House and estate in Co. Down for their very first experience of an international Girl Guide camp.

The girls, aged 9 and 10, had an opportunity to camp out under canvass and learn camping skills whilst making new friends.

Friday night started with a barbecue followed by a large campfire with excitement mounting as the majority of the girls had never slept in a tent before. There was much chatter and excitement into the early hours of the morning.

The weekend was full of activity. The theme of the camp was Carnival of Cultural Unity with the five World Association of Girl Guides and Girl Scouts’ world centres being represented at five different stations for the day.

'We were so excited to have Brownies and their leaders from five of IGG’s seven regions come and join the whirlwind Breakout weekend trip around the five countries of WAGGGS World Centres,” said Emer Maher, who is one of IGG’s Eastern Region Regional Development Officers and one of the Breakout organisers.

“Brownie passports were stamped as they entered each country's activity and new skills were learned. The addition of outdoor activities challenged both IGG and Ulster Brownies to 'leaps of faith' at the high ropes course, grass sledding (as close to tobogganing in Switzerland as we could get!) and being William Tell at the Archery range.

“New friends made and new skills learnt mixed with lots of fun and laughter saw Brownies and leaders go home on Sunday tired but happy after their first international camp.”

The girls started their day by visiting Kusafiri (Africa) where they were treated to an incredible African drumming session, which included learning drumming skills and new songs. This was followed by a visit to Sangam World Centre (India) where one of the Cork Leaders, Aisha, and her team skilfully entertained the girls with henna tattoos on their hands and were each taught how to correctly put on a sari.

The girls then travelled over to Our Cabana (Mexico) where they all tested their craft-making skills, making maracas, carnival masks and button bracelets to represent Pax Lodge (London).

To finish a fantastic day they visited Our Chalet (Switzerland) where the Senior Branch team had beautiful Swiss hot chocolate waiting for everyone and there was also an opportunity to plant some edelweiss to take home. A fantastic day was made even better by having several Brownie units from Ulster join them for the activities, which also included archery, grass-sledding, high ropes and a talent show.