'It's really a learning curve every single day' 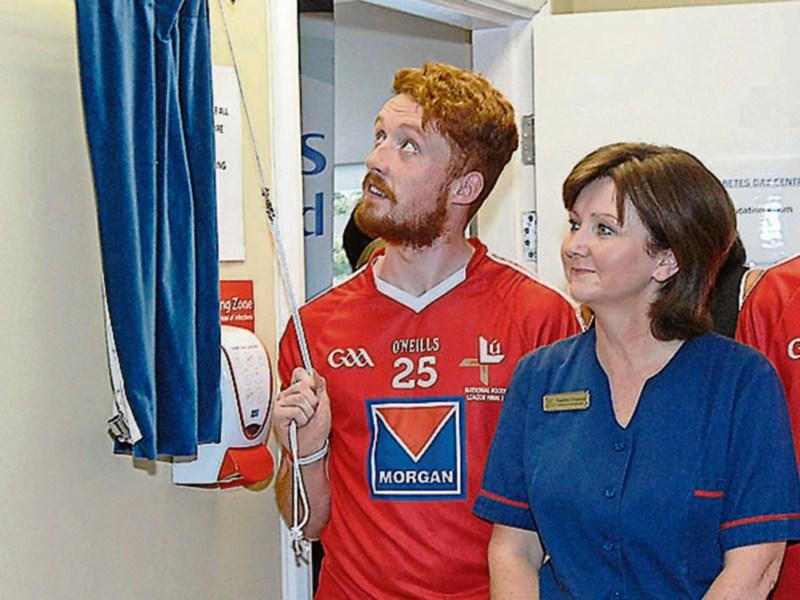 Louth GAA star Robbie Curran may love winning on the pitch, but it's his own personal victories off it that allows him play.

The Clan na Gael player from Dundalk was diagnosed with type 1 diabetes in 2015 after a lifetime of health and this could have derailed his passion for sport if he let it. Robbie, who will be turning 21 in a matter of weeks, told the Democrat his story.

“I've been playing in the GAA since as long as I can remember, from about three years-old on. I was diagnosed as diabetic in early February last year.

“From that moment on, I knew my sporting career had to change. I had to cut out a lot of stuff I was previously doing and I had to change my training regime to suit my needs and change the way I went about doing things in order to look after myself.”

Insulin injections are required to keep his illness under control as well as changing his eating habits as managing diabetes and playing football is difficult to balance.

“I have four injections every day and I have to be very careful about what I eat. Eating is one of the main things a diabetic has to control – I can't overload on sugary food no matter how much I want to do that.

“I really had to cut out those unhealthy habits and I had to focus on healthy foods with lots of greens. I have to look at what carbohydrates I'm eating too and be careful with those. They can have a massive effect on whether my levels are up or down on any given day.”

But despite his illness, Robbie doesn't let it bring him down or stop him. He helped Clan na Gael win against the O Raghallaighs from Drogheda and now the Dundalk club has a great shot at winning the Division 2 title in the coming weeks, while the championship is just after getting underway.

“I can get a little jealous that other players don't have to worry as much their health as I do but it's just part and parcel of it.

“I just have to get on with it now since I've had it for a year and a half. The first couple of months were really tough as I was trying to get used to having to do things differently and having almost a totally different lifestyle. It's still kind of new to me even after a year. It's really a learning curve every single day.”

Robbie was at the opening of the new Diabetes Day Care Centre at Louth County Hospital a few weeks ago. He says the centre has helped him out a lot in the past at its previous location and it's truly a great place to have in Dundalk.

“I was at the opening of the new care centre and it was a really good day,” he said.

“I know the woman who is the main reason why the day centre was set up, Pauline O'Hanlon, and she's been an absolute angel for me and has been since day one to the present. It's a great facility to have there.

“I remember when I was over in the main building and you would be in a tiny room, almost like a portacabin. There'd be no space to move but now in the day centre, you have a big room and air to breathe and you can really get on with your business.”

Asking about his inspirations in football, having been a part of both the junior and senior Louth teams this year, he refers to his 'old father' who, funnily enough can be heard jokingly complaining about the term 'old' in the background of the conversation.

“Going to games that he was playing really spurred me on because I wanted to just go and try be better than him,” said Robbie.