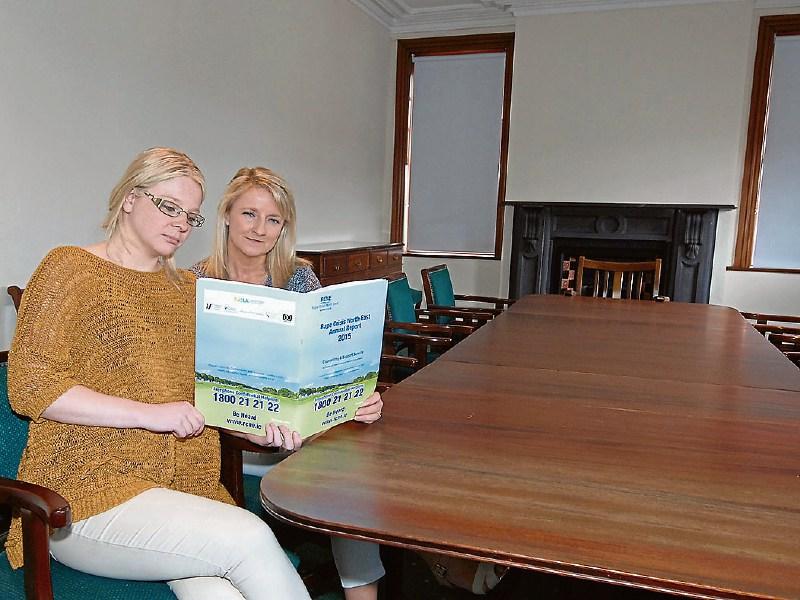 Rape Crisis North East is now the leading organisation in this region supporting survivors of rape and sexual abuse.

It’s goal is to ensure that all women, men and teenagers have access to a rape crisis centre no matter where they live in Louth, Meath, Monaghan and Cavan.

This is a charity that provides free professional services, in a safe environment, services that are completely confidential.

Rape Crisis North East has just moved to new offices in Dundalk which provide the privacy and spaciousness the service requires.

The refurbished building now has extra space and it is hoped to sublease some of the rooms to associated services. The rooms in this holistic centre would be ideal for counselling and therapeutic services, and the original board or meeting room is just the right setting for professional conferences or meetings.

Grace McArdle is manager of Rape Crisis North East which was established in Dundalk in 1996.

It was first based in Clanbrassil Street, which was inappropriate. They moved to Anne Street which was too small, and so a building that was totally private, totally secure, and practical, was needed.

Grace is from Dundalk and could see what potential the Great Northern Offices had to offer, and when she approached John Teeling, she was given great support from one of the country’s most successful businessmen.

Mr Teeling not only provided the lease but also helped with upgrading and refurbishment of the building.

Other businesses also helped. When Anthony Feran of Feron Blinds Ltd, based in Louth village, heard that the struggling charity was trying to provide a new counselling and support centre, he furnished the building with appropriate state-of-the-art blinds.

And Dunnes Stores gave a €500 store voucher to the charity. So they have the support of Dundalk and Louth business people, and indeed local business has a great record of supporting charities such as Rape Crisis North East which struggles from year-to-year, not knowing how long it will survive because of a permanent financial crisis.

Rape Crisis North East has a confidential helpline service and counselling rooms where people can talk to counsellors specially trained in this highly sensitive work.

Last year, 2,171 contacts were made through the confidential helpline. An increase of 421 on the previous year.

Ninety-five per cent of perpetrators of sexual crimes are known to their victims. However, last year only 41 per cent of survivors reported the sexual violence to the gardai.

Rape Crisis North East has a great relationship with the gardai, but many people fear the legal process and the obvious stress that can result from it, so they need the support and understanding that the crisis centre offers.

And if the centre is to continue that support service it needs more adequate funding.

“We don't have the resources,” Grace McArdle said. “We work closely with other agencies to make sure our clients are safe, but there is not enough funding provided to allow us to operate in a manner that meets the growing demand for this service.

“You don't know if you will have enough money to make it to next year. So you cannot plan ahead.”

They have fewer councilors now than when they started over 20 years ago and yet the demand for their services is greater.

They also deliver an educational programme in schools in conjunction with the youth service Foroige.

This helps young people deal with the pressures of social media and other difficulties they could face, and there is a huge demand for it.

The success of this service is due to so many people, but it need more funding.