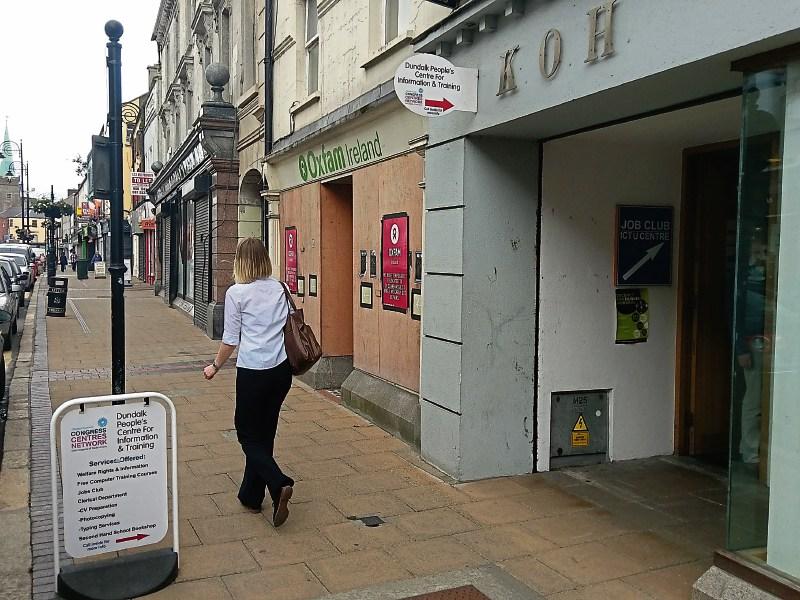 Staff at Dundalk Peoples’ Centre for Information and Training were left in shock this week with the news that there is a “strong possibility” that popular resource centre is to close as of August 31st.

As many as 30 full and part time staff would be affected by any decision to close it's doors after 26 years of operating on its Clanbrassil Street premises. The staff were given just seven weeks notice of the likelihood that the centre is to close.

The Democrat understands that financial issues are at the root of the centre's difficulties.

Aileen Doohan, the centre manager told the Democrat that they are 'fighting hard' to keep the centre open.

“I can't give you the circumstance as yet,” Ms Doohan told the Democrat.

“We are trying everything not to close it. With a very heavy heart I told staff that there was a very strong possibility of closing.”

A member of staff who spoke to the Democrat said that all the staff were in “shock” and that news of the closure had come “out of the blue”.

“We were called in this week and told by the manager of the centre that we are to close.

“Everyone was stunned. No one saw this coming.”

The member of staff estimates that as many as 30 full and part time jobs could be lost.

“The centre does so much. There are training courses, job clubs, information on welfare rights. We do CV and cover letters for people.

“There's a school book buy back service which is a huge help with the cost of school books.

“We take in old school books that are in decent condition. Books can be purchased at a discount, and sold back. It will be a huge loss to people.”

The centre is a non-profit and has charitable status.

“The centre has an excellent record of getting people into work. We are one of the best in the country. That's all going to go to waste now.”

Formally known as Dundalk Resource Centre for the Unemployed, it opened its doors in May 1990 and become a mainstay of the local community.

It centre is a run as private entity though it has received support down the years through the Irish Congress of Trade Unions (ICTU) and receives funding from the State too. ICTU did not response to a Democrat request for a statement on the matter.