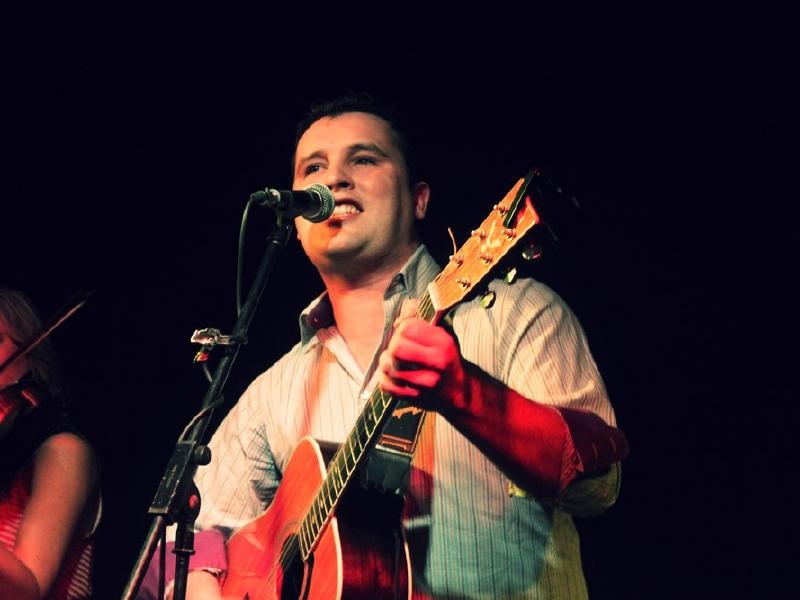 Bobby McCarthy returns to The Spirit Store to fundraise for Suicide Prevention Charities.

On Saturday 23 July local troubadour Bobby McCarthy returns to the Spirit Store. A stalwart of Dundalk’s music scene, Bobby is an old favourite in this long established and greatly respected venue, but this gig is special. Having already raised almost €4,000 for suicide prevention charities through EP sales and his previous fundraising gigs, Bobby has now made this an annual event. To this end he has assembled a hugely talented band to support him on the night.

Guests on the night include Sean Fee & Co, Ever Thus To Deadbeats and Bobby’s aunt, Briege Carragher Lee – who incidentally, made her first public appearance, to great acclaim, at Bobby’s first suicide prevention gig two years ago. Also, rumours abound of a special guest appearance, in full, rhinestone-studded regalia, by ‘The King’ – who coincidently bears more than a passing resemblance to Bobby’s old man, Bill McCarthy.

“I’m really looking forward to the gig,” says Bobby. “The line-up of musicans will give it an added dimension – they’re incredibly talented. As ever, fans of Bruce Springsteen, Elton John, U2 and Eric Clapton will be very happy on the night, but having the extra talent on stage allows me to include songs from by likes of Elbow, Mumford & Sons, Roy Orbison as well as traditional songs that can’t be done on acoustic guitar alone. And of course every cent raised on the night will go to suicide prevention charities SOSAD and PIPS.”

Tickets on sale from www.spiritstore.ie, from McAteer’s Food Store and from the venue.