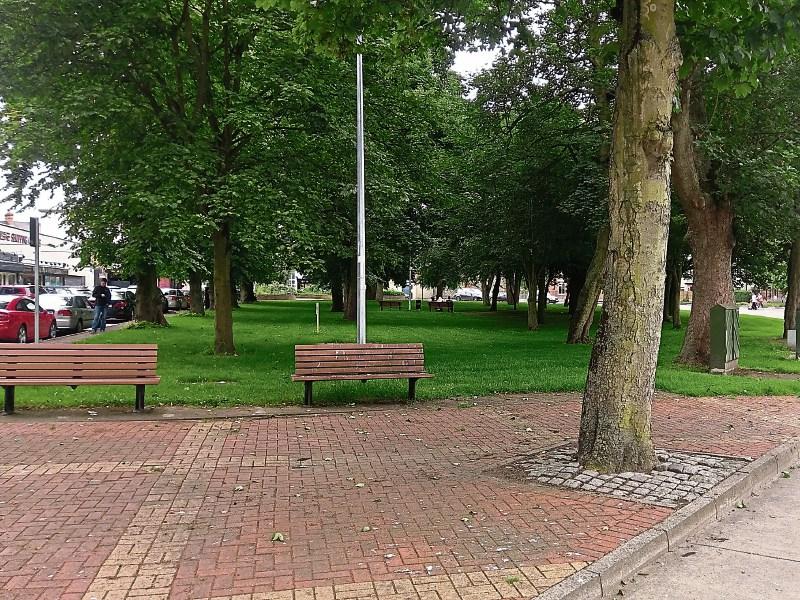 Plans are afoot to place a 3.5 metre tall gas tower in the centre of one of Dundalk's last remaining town centre green spots.

Gas Networks Ireland want to put what they describe as a 3.5 metre tall gas flue right in the middle of the group of trees in a patch of park popular among pedestrians.

According to the planning application: “The development will consist of an enhancement to the gas network comprising of a free standing vent flue (overall height up to 3.5m to tip of vent flue) to an existing and associated underground district regulating installation (DRI) including site development works.”

However the plan has hit a stumbling block.

The application was first received on the 20 June and its status was at the time of writing noted as a 'incompleted application'.

A representative from Louth County Council planning office told the Democrat that the application had been sent back in its entirety as the result of a technicality.

The agents address had not been published on the site notice that had been planted in the middle of the Demesne. This mistake could put the application by back by a number of months.