Monastery refurbishment work back on schedule 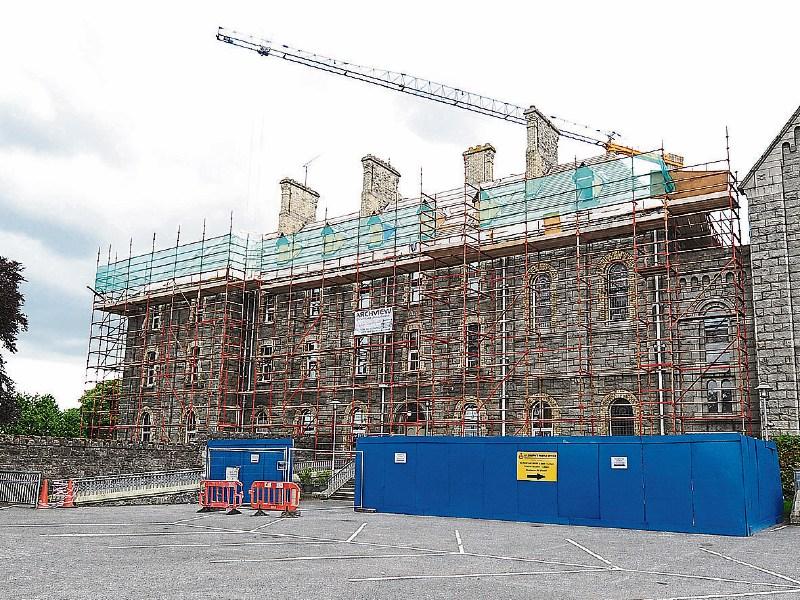 St Joseph's Redemptorist Monastery which is undergoing a major refurbishment has been targeted by thieves in search of the valuable roof leading.

The financial loss is incurred by the construction company which of course has full security in place, but the difficulties in trying to prevent thieves from striking are proving a problem not just here but in other parts of Dundalk where the thieves have struck.

“There have been other raids here and elsewhere,” said Fr Michael Cusack Administrator St Joseph's.

“These people are professional thieves who are targeting these buildings and although everything is back on track here, time has been lost, and it is a blow to morale.”

The refurbishment of St Joseph's began in April and is due to finish in October of next year - a total of 18 months - and it is vital that the project keeps to schedule as the members of the Redemptorist order had to move out to other accommodation while still keeping the church open for Mass and services as well as conducting parish administration from St Gerard's Hall adjoining the church.

And then in October there are the logistics of organising the annual St Gerard's Novena which is attended by up to 10,00 people over its nine-day duration.

“This (the replacement of the roof) is phase one of the complete project,” Fr Michael said.

“We are trying to keep to a timetable for the winter because we will need to free up space in part of the building for the novena this October.”

Up to 300 people are involved in the running and organising of the St Gerard's Novena, the largest in the country, and Redemptorists from countries throughout the world come to St Joseph's monastery to conduct the sessions.