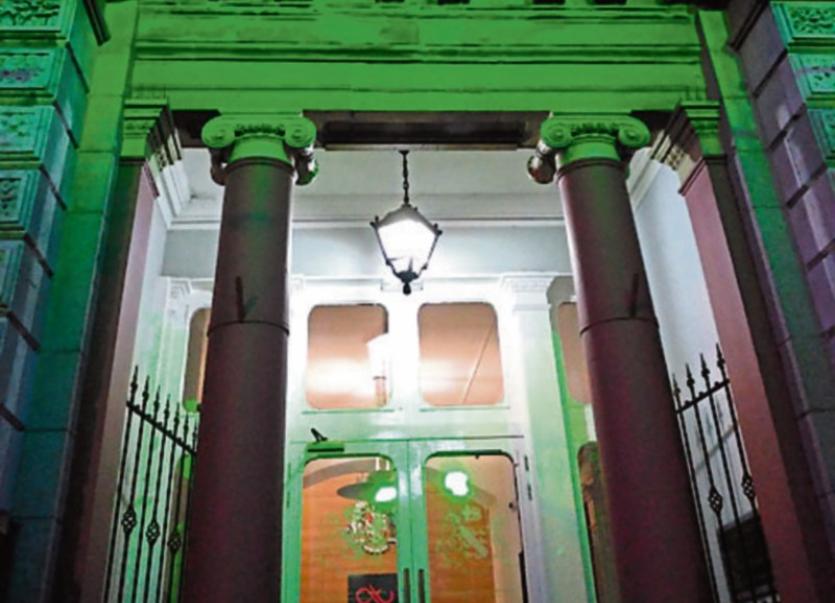 The exterior of Dundalk's Town Hall has seen a couple of major developments this week.

New floodlights have also been added which can change the colour of the façade of the Town Hall.

The Managing Director of An Táin Arts Centre Paul Hayes is delighted with the new look.

“I am very pleased with the new signage which will allow our customers to locate us more easily.

“I have been involved in childhood cancer charities for the past number of years and we run a campaign every September to light up public buildings gold.

“We will now be able to do this at An Táin Arts Centre.”

Other organisations and charities who wish to apply to light up the Town Hall in their own colours should contact Paul at 042 9329281.

An Táin Arts Centre has given a new lease of life to the Town Hall.

This year, it produced a wealth of arts events, including a great commemorative Easter Rising drama in association with Upstate Theatre Project. This was the brilliant An Easter Service which was performed over Easter weekend.

This work, commissioned by Louth County Council, as part of the county’s Centenary Programme, was an amazing production.

The cast was made up of thirty local amatuer players, many of whom had never stepped on a stage before.

It included great-great children of the Louth volunteers. In fact, the entire cast was made up of ordinary people who had come together to relive the historic event.

This was a promenade theatre piece which began in the foyer of the Town Hall and move through to the council chamber, the Basement Gallery, the main theatre, studio, and the workshop room.