A chance to bring your electric story to the light 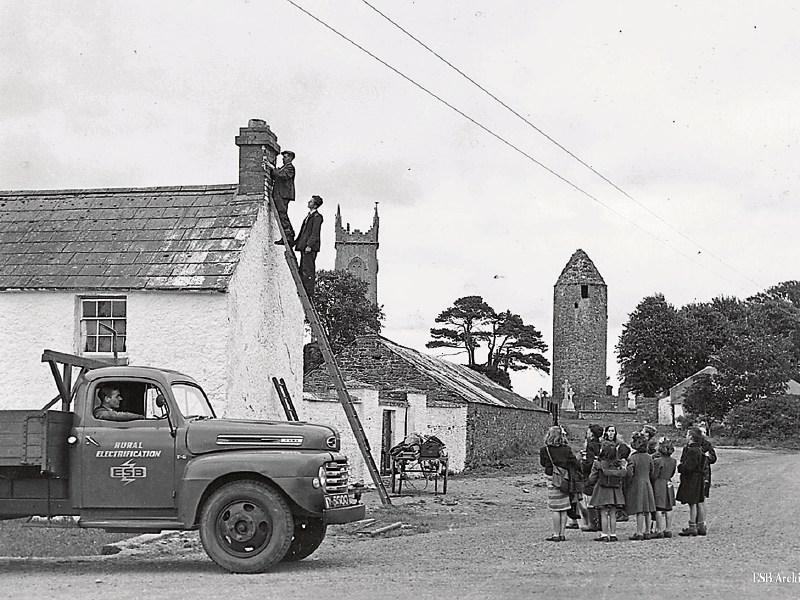 The Rural Electrification Scheme that was rolled out in this country in the late 1940s and during the 1950s was called the quiet revolution.

In fact it was so revolutionary, the Soviets came all the way from Russia to study it.

It was only thirty years since they had their own communist revolution, but the revolution here in Ireland was, much to their surprise, led by clerics.

When the ESB set out to bring electricity to rural Ireland, they didn’t use ordinance survey maps, but instead they turned to parochial maps and they also turned to the parish priests to act as their PR agents.

This was Ireland over 60 years ago and the Catholic Church was very influential. If the parish priest signed up as an ESB customer, and supply was linked up to the parochial house and the village hall - the community centres of their day - then he might persuade the owners of the larger farms to sign up, and before you know it, their would be light and washing machines and even milking machines.

In fact, it worked. There were many progressive parish priests in those days.

Kilsaran hall was one of the first in the county, if not the country, to avail of the scheme and our photograph shows the ESB bringing in the power Joe Kinahan’s house at the cross in Dromiskin.

It is one of the most iconic photographs of the period and my thanks to ESB Archives for permission to publish it.

To mark the 70th anniversary of the start of the Rural Electrification Scheme people are being invited to share whatever memories of the period they have of the period.

Remember that rural electrification continued into the Fifties and Sixties so there are great stories out there.

It is hoped to collect these stories in a book which will be entitled ‘Then there was Light’.

The publishers are asking people with memories of the Rural Electrification Scheme to get in touch, as well as people who may have heard stories of that time from older generations.

The book will be accompanied by an RTE radio documentary to coincide with the celebrations surrounding the 70th anniversary of the commencement of the Rural Electrification Scheme.

The book and documentary will be co-edited by ‘Around The Farm Gate’ editor PJ Cunningham and Dr Joe Kearney.

All stories received will be considered for inclusion in the radio documentary and book.