Breda still a beacon of light for so many 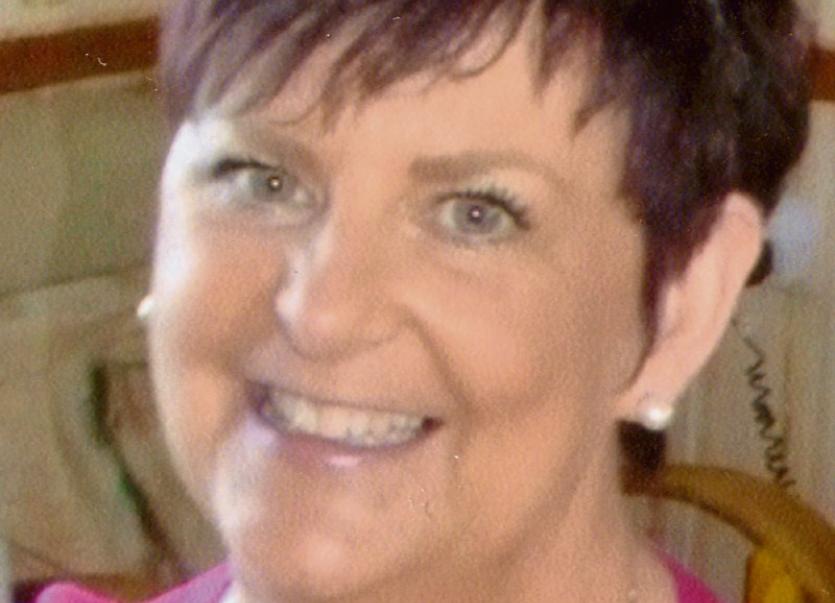 There was great sadness at Breda’s passing last July. Breda was diagnosed with breast cancer in 2010 and fought the illness with courage, fortitude and dignity, and returned to full health after treatment, so her death was a great shock to her family, many friends and neighbours.

During those years, in her campaign to raise awareness of breast cancer, she raised over €10,000 for the Oncology Unit at Lourdes Hospital.

This was the the proceeds of a Madhatters Tea Party fundraiser. The funds were handed over to Dr Bryan Hennessy, consultant, and staff nurses at the Lourdes.

Breda was a native of Monasterboice and trained as an interior designer. She worked as a design consultant with Reilly Interiors, Eddie’s Interiors, Murtagh Interiors and Wogan’s Dunleer.

She provided an indispensable service, visiting people’s homes and advising in all areas of decor. Indeed her guidance was invaluable to her husband, Anthony, in his painting and decorating business.

Breda enjoyed life to the full. She travelled extensively throughout Ireland, America, Australia, often in the company of her dear friend Marie. She touched everyone who met her with her sense of fun and her love of life. She was seldom parted from her trusty camera on these trips and built up a pictorial archive of her adventures.

Naturally, life changed considerably when Breda and Anthony met and married. But she remained staunch in her past friendships, often having her lifelong friends visit her home.

And then came the shock diagnosis. But she faced this with courage and was undeterred. She took on the task of raising awareness of breast cancer and raised over €10,000, which was presented to the Oncology Unit at Our Lady of Lourdes Hospital.

She spoke on radio of the need to support this worthy cause.

She was filled with admiration for the doctors and nurses who helped her through the difficult days. During this time she referred to Anthony as her ‘Rock’.

Her family and friends walked the difficult path with her, encouraging and supporting her all the way.

Breda lived a life of strong faith and often expressed the thought that she had no fear of dying.

Her family and friends can be sure that as she enjoys the reward of a life well lived.

But they can take heart at the thought that they were granted the privilege of having been touched by the life of a good and loyal person, one who remains forever in their hearts.

Breda’s husband Anthony would like to thank the many people who supported him since Breda’s passing.

“There is not a week goes by that I’m not invited to visit people,” he said, “and all this kindness has been truly appreciated.”

He has also thanked the clergy who attended Breda’s funeral: