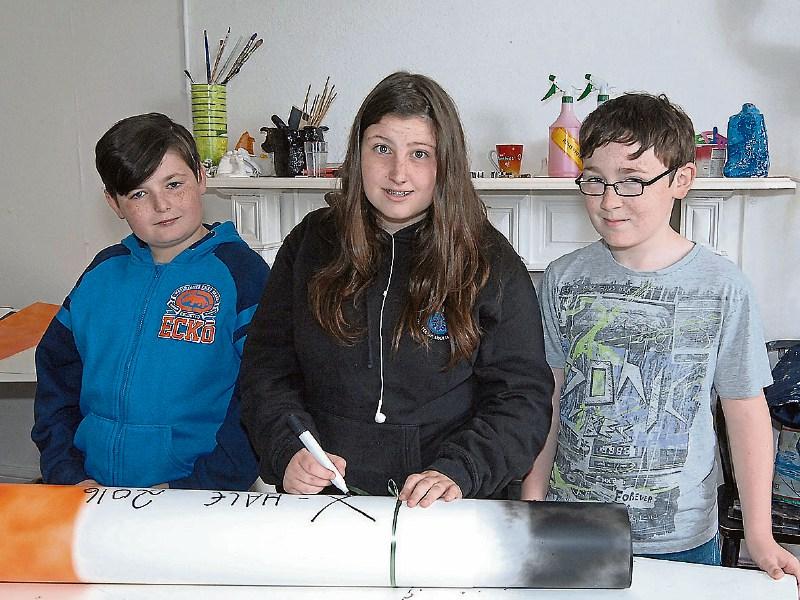 Dundalk Youth Centre, based at Roden Place Dundalk, is a place where young people are welcomed and encouraged to express their creativity through the arts. And that’s exactly what they have been doing.

A team of these very talented young people have just made a very impressive film about a young person’s success in giving up smoking.

Ciggie and Me is the title of the film and it has been submitted for the Irish Cancer Society’s X-HALE Youth Awards. They have had huge public support because the number of votes added up for each entry consists of the number of times it was viewed on YouTube.

X-HALE is an initiative of the Irish Cancer Society which aims to empower young people to tackle smoking in their communities and raise awareness about the dangers of smoking among their peers.

The awards ceremony will be held at the Lighthouse Cinema Dublin tomorrow (Wednesday) so by the time you read this, they could very well be the national winners.

This will be in the finale of months of hard work by youth groups nationwide who have prepared short films and projects to encourage young people to be smoke free.

The entries went out live at www.cancer.ie/xhale2016 and the one with the most views will win the Online Award as well as a ‘Go Pro’ camera for their group.

The director of Ciggie and Me is Charles Hendry and the film was produced by Stacey McVeigh and Kitty Colbert.

The camerman is Ciaran Hearty and the cast is: Ciggi played Josh Challoner, Sonia played by Sonia McKeown, the Doctor by Caoimhe Kerley, Best friend by Chloe Gernon, two innocent fellas by Ryan Sherry and Shane Kerr, and the new boyfriend by Cian McGuinness.

The group wrote the script themselves and then did the filming and editing.

Sarah Chadwick, Cancer Prevention Officer at the Irish Cancer Society has been very impressed with the production.

“We are so proud of everything that the young people from Dundalk Youth Centre have achieved,” she said.

“They have educated themselves about smoking, learned new skills, and worked together to create a piece of work that will inform and inspire other young people across Ireland and beyond.

“They are leading the way in the movement towards a tobacco free society and improving the health of their local communities.

“We commend their commitment to establishing Ireland’s first smoke free generation. We are asking the public to get behind their local group or favourite entry by watching and sharing the X-HALE 2016 playlist.”

This is the sixth year of the X-HALE Youth Awards and smoking rates among young people continue to decline.

This year, 33 youth groups from around the country took part in the initiative.

And the entries submitted show that young people truly understand the dangers of smoking and the power of the tobacco industry.

The Dundalk Youth Centre has produced what hopefully will be a winner for these young people have come together to share their skills and give imaginative, witty and entertaining performances. They have shown a real commitment.

X-HALE (which stands for X’ing out Harmful and Lethal Effects) has a been a hugely successful Irish Cancer Society initiative and has really succeeded in preventing young people from smoking.

According to research, about eight per cent of young people under 18 in Ireland smoke.

Through X-HALE, the Irish Cancer Society invites young people and those working with young people to join them in working towards their goal of reducing the number of young people in Ireland smoking today.

And there is no doubt that Dundalk Youth Centre have made a real contribution to this campaign with a creative and inspiring film which will take the l award it deserves.

For further information on X-HALE and to watch the entries visit www.cancer.ie/xhale2016 . Follow the X-HALE conversation using the #TheXGeneration or go to the Facebook Page https://www.facebook.com/XHaleYouthAwards or the Tumblr blog www.thexgenerationxhale.tumblr.com