Back to the future along the border? 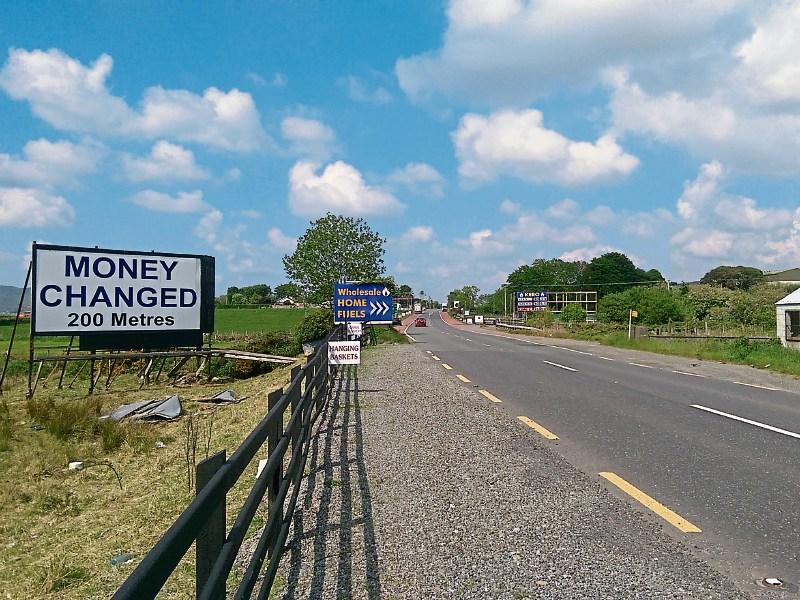 The decision by the narrow majority of voters in the U.K. referendum on June 23 to leave the European Union has left a lot of people from this area asking 'what will happen along the Border as a result?'

The answer is 'not a lot for a considerable time!' because of Treaty obligations which require at least two years for the a country wishing to withdraw to opt out. That process will not start until the nation concerned makes a formal application to withdraw; and that will not happen before a new British Prime Minister is selected to succeed David Cameron.

Nevertheless it is a prospect that the young people of this country now have to face and it will have an effect on the economy of this area in particular! What will it mean for those wishing to cross the Border for work and recreation and for the ebb and flow of goods, and people, across the frontier? Nobody knows what will happen over the next twenty years and more; some will be badly hit by whatever regulations are to be set down but others may actually prosper as a result of new jobs that might be created in relation to customs duties. Even more uncertain will be the effects of the 'Black Economy' which are sure to follow any Border restrictions!

Older people will have some insight into might happen, as a result of their own experiences and from what they heard from their parents and grandparents about what occurred when the Free State was set up over ninety years ago! For one thing it took over ten years for the full effect of Border restrictions to be felt because of the relatively 'free trade' policies of the early Irish governments. It was not until the so called 'economic war' of the 1930s that the effect of high tariffs and quota restrictions began to take effect.

Probably few people alive now will be aware that the first tariff to be imposed was a 'boot tax' of three shillings in the pound imposed by our own government on imports of footwear from England. Strangely, this measure proved to be good for Dundalk, as it set up the establishment of a footwear industry here which gave employment to many thousands of local people for over fifty years. Within the three weeks of this importation regulation being made in May 1924 a new company was set up to make boots at a premises in Quay Street. The Celt Shoe Company, failed after just over a year's trading but it was in this premises that Fred Halliday from Leeds set up a factory in 1928 that was to prosper and become an international enterprise. This was quickly followed by another very successful footwear manufacturing enterprise Benjamin Rawson & Son and other footwear companies.

An indication that the effects of Border restrictions were slow to be felt is to be learned from an article that appeared in the Tempest's Annual of 1927, headed 'Customs Information'. The article would seem to indicate that Frontier Posts had only recently been established at Carrickarnon on the Newry- Dundalk Road; Drumbilla on the Armagh Road and at Ferryhill on the Omeath-Newry Road. It also states that 'Customs Stations at which all vehicles entering must report when directed by the Frontier Post Officers and where goods are examined and duty paid. Newry and Armagh roads at The Bridge, Dundalk, (the post mentioned in Question Time) and for the Omeath Road at Carlingford.

There is further information regarding goods imported by rail and sea and states regarding postal importations – 'No dutiable articles are allowed by letter post under penalty of confiscation' and with regard to parcel post 'dutiable articles entering by parcel post are delivered by postman and duty, plus 6d, collected by him. Parcels should should contain evidence of value as merchandise --- and a certificate of origin (country of manufacture).'

There follows a list of dutiable articles, which includes boots and shoes and clothing, and, perhaps surprisingly, 'playing cards'; was this because there was still a government tax on such cards? In relation to motor cars, the article states --- The driver of any motor car or motor vehicle must carry a driver's licence for the Free State or Northern Ireland or England, if he is driving there, whether the car is registered therein or not.' There is no mention of 'triptych', a document to permit the vehicle to cross the Border, which older drivers may remember were in effect until the 1960s, which must not have been necessary until much later.

Another article in the same publication is headed 'Up Dundalk!' and urges local people to strive to makes the best of the new situation regarding a land boundary on the outskirts of the town. It says 'It (Dundalk) had a customs boundary at its very door, so to speak, in 1815 when the Kierans, and Reads and the Colemans were trading far and wide, in spite of all customs. Let us, the present inhabitants of Dundalk, pull up our socks and be worthy of the past. We can make Dundalk as prosperous as ever it was'.

Perhaps this is the spirit that will be required from the citizens of Dundalk over the next decade or more to face the effects of the 'Brexit' decision? The reference to a 'customs boundary' in 1815 is the first I have ever hard of that but I don't think it referred to a land based boundary and probably was about duties to be paid at Dundalk Port.