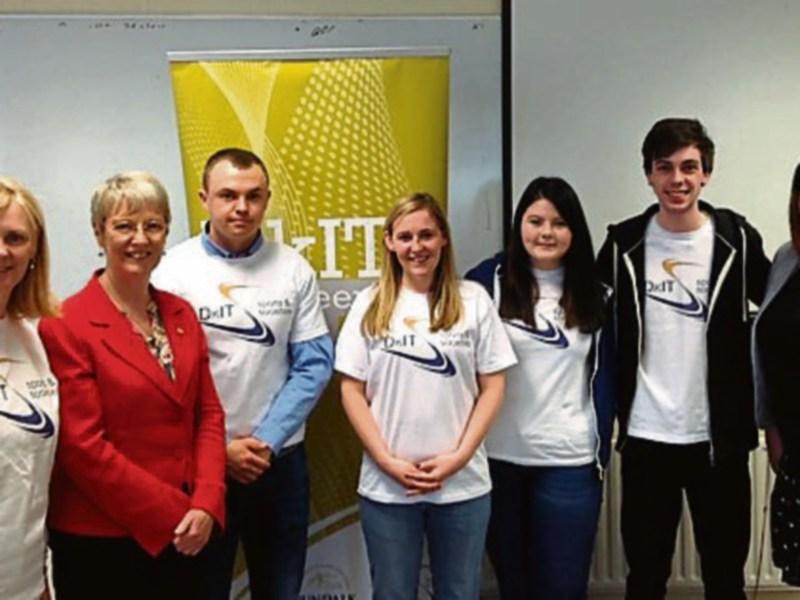 For one DkIT student volunteering is not a box to be ticked on the way to adulthood, rather it's a passion that stems from her childhood.

When Rebecca Somers started her honour degrees in business in DkIT, it didn't take her long to find their Volunteer Society.

Rebecca very quickly became chairperson of the society, and held the position for her first three years, which just ended.

Though she is set to return for a MA next season, she has handed the mantle off to first year BBS student Cathal Lawlor.

Rebecca whilst chairperson was also nominated as one of the student representatives on the Board of Governors of DkIT , was awarded the Active Citizenship award in May 2014 and in both 2015 and 2016, aswell as winning an award through sports and societies for her contribution to the society.

“When I first started in DkIT I would have already been volunteering myself, but then I found out about the society, which I signed up to.”

Rebecca's ascent up the ranks of the society was rapid.

“Through my passion for volunteering I was asked to join the committee. Then I took over as the chairperson. It was really quick, my feet were just under the table and I had changed position. I was very much up for the challenge.”

As a volunteer Rebecca helped organise and partook in painting a creche, making collections for Dundalk Dog Rescue, selling lollypops for oesophageal cancer and selling daffodils for the Irish Cancer Society among other drives.

“We had a non-smoking day on campus and I've been involved in other roles in the college aswell.

“I always had a passion for volunteering. Before DkIT I had worked with Dundalk Simon Community as well as running the Dublin mini-marathon. I always wanted to help people.”

“I remember when I was 7 a relative had broken up with his wife and had to leave his house. For two or three months he would have been effectively homeless.