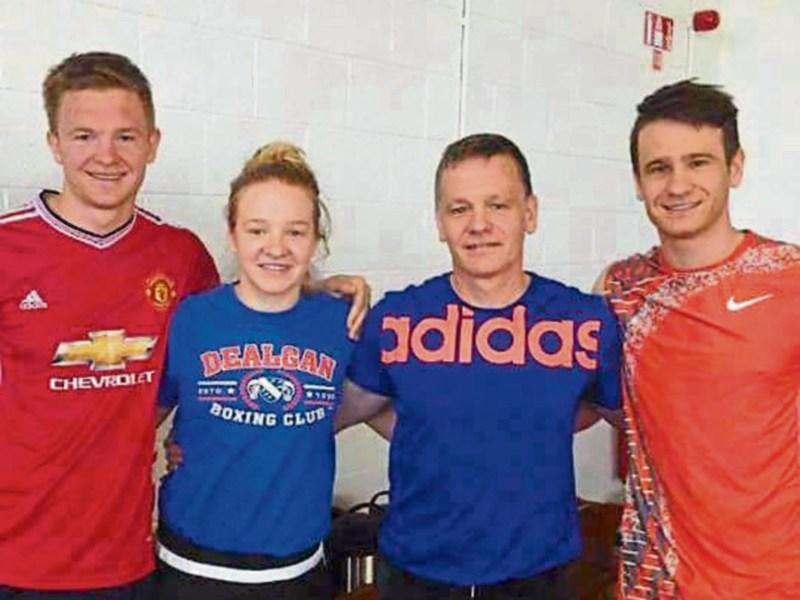 Dundalk's very own own elite boxing family, the Broadhursts, have made it into the top 12 of the RTE show Ireland's Fittest Families.

The concept of the show is that twelve families go head-to-head in a succession of fitness challenges in a bid to win the prize of €15,000. The show promotes family values whilst allows family to keep fit and active.

Tony Broadhurst: “Once we saw it advertised on the television it was something we were interested in. We applied last year but unfortunately the filming date clashed with Amy competing in the Europeans so we couldn’t commit but this year we knew there was nothing.”

“We did the testing about three weeks ago in Athlone, we were against 55 other families and the best 12 were selected. RTE are coming up next Thursday to interview us for the show and video us training on Saturday,” he said

The competition begins filming next weekend and like always they will undoubtedly have a new set challenges for the families to compete in.

“They tend to do something different each year, the main thing would be obstacles, the show has been running for years and they change it about”, he said.

“Anything that we go into, as a family we are very competitive.

The competition requires four per team which needs one female and one parent to be taking part. Amy (19), Steven (22) and Paul (26) are joining their father Tony for the competition. They are the first family to solely be representing the sport of boxing with nearly 30 Irish titles and six european medals between them.

Steven and Amy have not only boxed all their lives they have played gaelic for Louth and soccer for Dundalk and they have competed well in all sports. Amy recently competed in the prestigious Haringey Box Cup final winning the gold medal.

Amy Broadhurst: "What a war this fight was.

“A crazy experience for me but I dealt with it and I proved that no matter how hard you hit me, unless I am knocked spark out, I will keep going.

“I am not giving up and this is what makes a champion and over the years - I learned that the hard way."