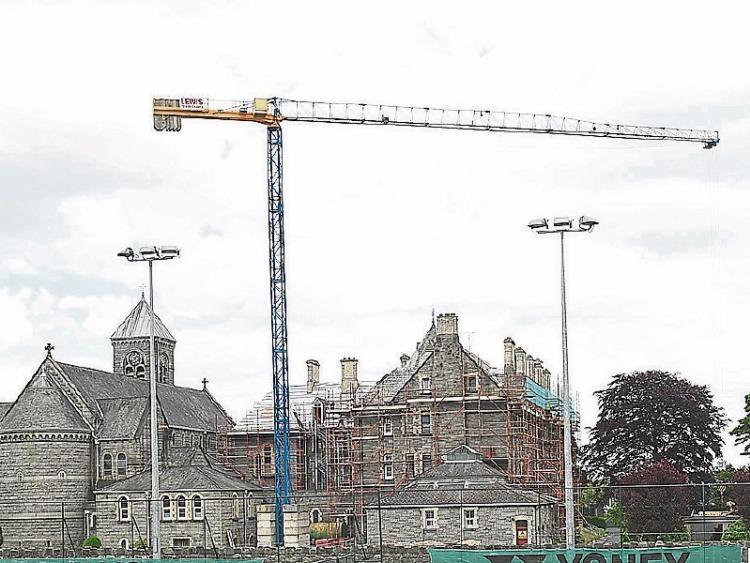 “It's essential, as it's to comply with health and safety regulations. The building is not waterproof and needs a new roof. It's definitely not just to spend money!”

“It's also about our commitment to the town so we can stay on that site for a considerable number of years. There'll be a fair bit of renovation within the old monastery and then there's going to be a big new building at the back too which will become our Provincial house which will allow our Provincial administration to move from Dublin to Dundalk.”

“But it's absolutely business as usual. There's no change to the programming of the Church or the Church services. Our normal office, which would have been in the monastery, are now going to be in St. Gerard's Hall. So all the normal functions of weddings, funerals, baptisms and weekly masses and novena, all of those remain unaffected.”

Planning for the redevelopment has been ongoing since 2014 when the Redemptorist community applied for planning permission to Louth County Council. However, they chose not to continue the upgrade at that time as they were under a different administration who were at the end of their term. They then elected a new government who have adapted the plans.

The plans included replumbing and rewiring the premises, changes to the reception area, the conversion of the kitchen to a laundry room, re-roofing the monastery and Church, the extension of the car park, an extension to the back to become a Provincial house and an upgrade with archives and a central library.

The Church recently had a yard sale in April to sell items in the run up to the upgrade.

The Redemptorists came to Dundalk in 1876 and established the Monastery on St. Alphonsus Road, then known as Windmill Road. The beautiful Church of St. Joseph was built in 1892 with granite, marble and intricate mosaics as the design.

St. Joseph's Parish was formally created in February 1976, one hundred years after the Redemptorists came to Dundalk, which now has over 1,700 homes and a population of over 4,813. The parish area includes Lisnaree, Cluan Enda, Oaklawns, Meadow Grove, St. Alphonsus Road and the Villas, Barrack Street, Quay Street, Hyde Park.

The parish holds the ground from which, according to legend, Queen Maebh at Ath Liathan made the final assault on Ulster in her pursuit of the Brown Bull of Cooley.