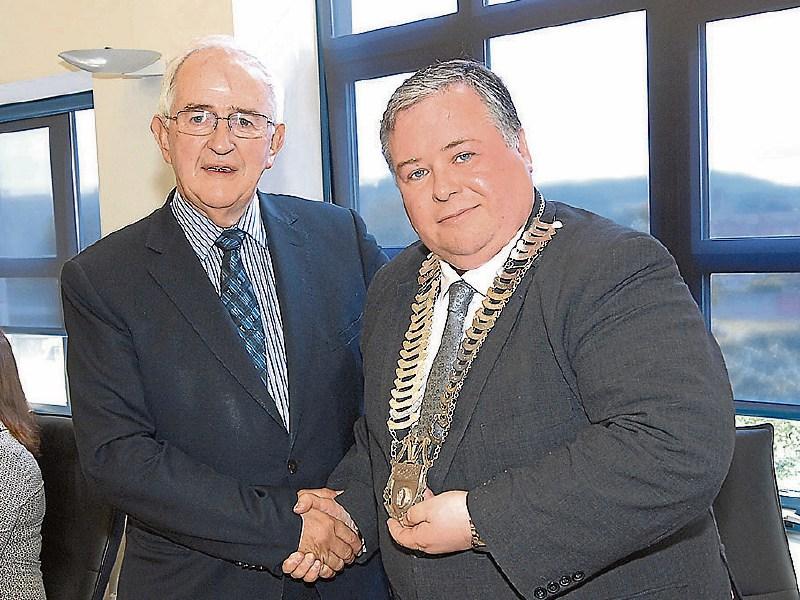 The Government's document called 'Bringing Government nearer to the people' which set out the local government reforms brought in two years ago, was 'the greatest fallacy of all time', the outgoing chairman of Louth County Council said on Monday.

Fianna Fail's Cllr Peter Savage said that in most European countries governments concern themselves with national and international policy while the day-to-day running of their cities and towns is left to local government. But that is not the case here.

“In Ireland the Government and its collection of divinely inspired bureaucrats remind me of a clucking hen, hell bent on pulling all eggs or indeed chicks under their ever extending wingspan,” the father of the house said at the county council's agm.

Town councils were abolished because it was claimed local authorities zoned too much land, but central government had the final say in land zoning.

And nobody in central government has admitted their role in the creation of the health system, Irish Water, the housing crisis and the numerous other failed policies.

These were all public services that local councils had been managing with much greater effect.

Councils no longer have the money to fix the roads.

If you have a problem with water, you can no longer go to a local councillor but have to 'dial a plethora of numbers to a call centre in Cork to have your concerns addressed'.

“We travel out of the county to a supermarket in Meath to renew our driving licences,” he said.

Local councils are no longer able to build council houses, although that might partially change because the Government realises the centralisation of the housing services has not worked.

“But councils still collect money of behalf of central government as a result of policies they had little or no say in.

“We are told to be good children and content ourselves with monitoring ourselves against a rigmarole of performance indicators set down by a relatively few civil servants in Dublin.

“We pass and send notices of motions to Dublin which are sometimes acknowledged but there is never a carefully considered response.

“We look for delegations but are never afforded an opportunity to express a view through such delegations, because they are not entertained.”

Cllr Savage expressed frustration at the hinderance councillors experienced as they try to improve the quality of life and service for the people of the county.

“My son, who has just spent four years working in South America,” he said, “has pointed out to me that the internet speeds in my area are slower than Bolivia, not to mention mobile phone coverage where we still have to hang out the window to receive or send a call.

“Our monthly meetings are a social gathering to exchange views amongst ourselves, to query our own staff or to be quoted in the local papers.

“But they are not something that will significantly change the housing crisis, rearrange the deplorable health situation or improve the quality of life for our citizens.”

He said bitter experience had made him cynical and to doubt that the situation will change, but he thanked all the councillors for having him as chairman over the past 12 months, vice chairperson Dolores Minogue, and chief executive Joan Martin and executives Frank Pentony, Joe McGuinness, Bernie Woods, Paddy Donnelly, and Emer O'Gorman, for their cooperation.

He was supported by Cllr Mark Dearey and thanked by the new chairman, Labour's Paul Bell, for 'an inspiring speech'.

Cllr Bell is the first Labour Party councillor to hold the office since Cllr Peter Moore back in 1979.

Cllr Bell said he wanted to work for fairness and to ensure inclusiveness of all the citizens of the county.

Cllr Tomás Sharkey of Sinn Fein was among those who thanked Cllr Savage and wished Cllr Bell well, but he said there is little point in talking about inclusiveness and fairness when parties form a voting coalition to exclude one party from holding office. He reminded all that this very move was excluding one-in-three of those who voted in the local elections.