Hotel eyesore is once again on full view 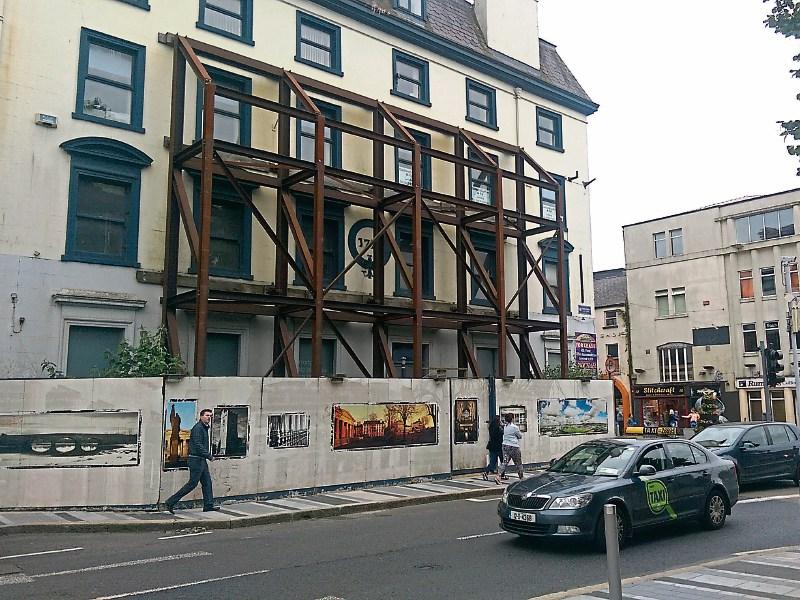 A landmark building turned eyesore - the Queens Hotel - is once again being laid bare, with the temporary cover that hid its ugly structural supports now removed.

The building on the junction of Crowe Street and Earl Street had been partially tidied up using a specially made cloth cover ahead of the Giro d'Italia cycling race in 2014.

However it was taken down this week.

The building has been a local bugbear since the hotel closed in 1989, while reports in a national newspaper claimed that parts of the derelict hotel was being used as a makeshift brothel.

Chairman of Dundalk Municpal Counicl Mark Dearey says he thinks the hotel could be at the epicentre of a town centre resurgence.

“I have long viewed the hotel as key to unlocking the town centre's potential.

“A well run boutique hotel in the middle of town would be a huge asset to us.

“The hotel has a fascinating history which deserves to be retold and carried on into the future.

“Putting up another cover is not the answer. We can't forget about it for another decade.”

“With a new development contribution scheme being designed at present it's up to us as Councillors to ensure that town centre redevelopment with a bespoke plan for each site and ensuring a diverse and high quality range of uses is encouraged and promoted. I know the Executive are now focussing on the town centre and the BIDS company want to fulfill their remit and restore the town centre to its vibrant and beautiful best. The Queens Hotel should be part of that.”

The building is owned by First Active PLC, who were given an extension to the period of their conditional planning permission in 2014.

The planning permission allowed for dismantling and rebuilding of existing brick rubble wall to the front elevation from ground floor to underside of second floor, with all features to be replaced to match existing style and profile with a new lime mortar render finish including decorative bands and mouldings. The hotel is also a protected structure.