Give us more power says the new municipal leader 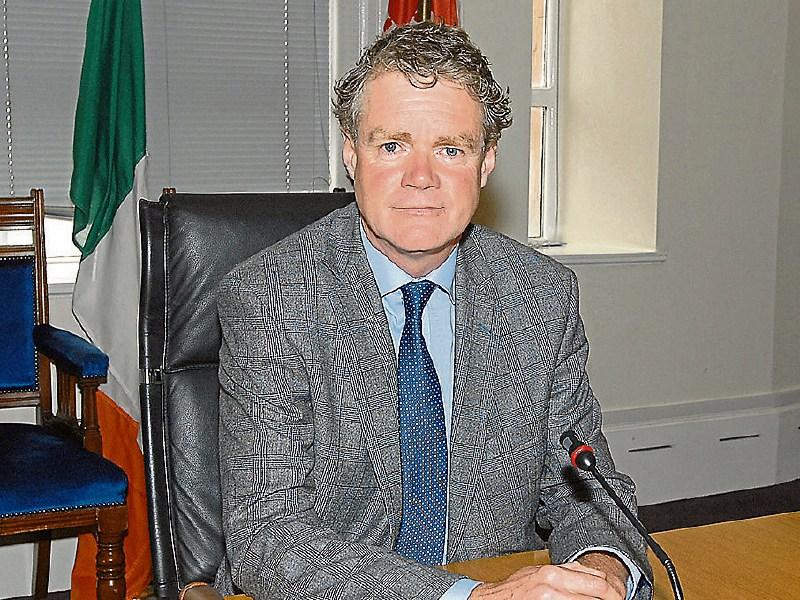 Gives us the kind of local government the people need and we can do the job.

That is the message to the powers to be from the new chairman of Dundalk Municipal District, Cllr Mark Dearey, who was elected at last week’s agm.

The Green Party councillor wants greater empowerment for the municipal districts set up in 2014 to replace town councils.

He wants the Government to recognise the unique position local councillors are in to serve the people in their communities and believes that everybody would benefit from greater empowerment of local authorities.

Following his election Cllr Dearey called for a new set of arrangements between local and central government.

"I have watched our ability to make change happen at local level,eroded since first becoming a councillor in 2004.

"There are many fine councillors from all parties in chambers up and down the country and their ability to make change locally, is being choked by an antediluvian Local Government Act that drip feeds funds and denies access to functions that are often best delivered locally. Added to this was the misguided 2014 Local Government Reform Bill which disgracefully in my view, culled several functioning local authorities in a show of machismo from Phil Hogan.

“What is needed is a new deal between local and national government, a devolution deal.

“A major conversation needs to begin about what local authorities can do most effectively if given the necessary autonomy, funds and powers to raise funds for capital purposes through the issuance of Local Government Bonds.

“It is my firm conviction that such an process could lead to new powers for Local councils in areas such as housing provision, public health, farm services including the opening of county abattoirs, sustainable transport, green energy generation and trusteeship of publicly owned regional banks."

"Each of these is a major challenge but collectively could contribute to the renewal of Government in Ireland by bringing decision making on real life issues back to the local area.

“Cllr Peter Savage called on me to use my year to work for the restoration of local government.

“I intend to do this by engaging with Minister Coveney on these issues and calling on him to enact a localism bill as has happened in the UK and Scotland so that devolution deals can be negotiated between local authorities and government.

“I am keen to see town and borough councils restored and indeed I submitted at the time, that town and district councils make more sense than county councils. But more important than the configuration of local government, are its powers and to this end we need government to allow local government new devolved powers, funding and the ability to raise independently funding for local capital projects," Cllr Dearey said.

Cllr Dearey had said that he wants to see more empowered councillors and united councillors working together with officials to combat homelessness and isolation of communities and Cllr Tomás Sharkey agreed that serious work needs to be done to tackle poverty, inequality, and health issues.

He pointed out that the capacity on school buses will be reduced and that will be another problem facing schools and families this September.

“We are all going to have to work harder, together,” he said.

Cllr Marianne Butler agreed that town councils should be reinstated.

“Give us back the powers and we could help alleviate the housing crisis,” she said.

The outgoing chair, Cllr Maria Doyle was not in favour of the reintroduction of town councils but did want to see the municipal district committee have a more effective say in how local issues such as housing and planning is managed.

He believed that a chain of office should exist so that the leader of the municipal district could properly represent the body at official functions.

Cllr Conor Keelan pointed out that the Dundalk Town Council chain of office still exists. It just needs to be taken out of storage. Maybe that would be a symbolic act.

Restore the chain, and restore some power to councillors who just want to serve.