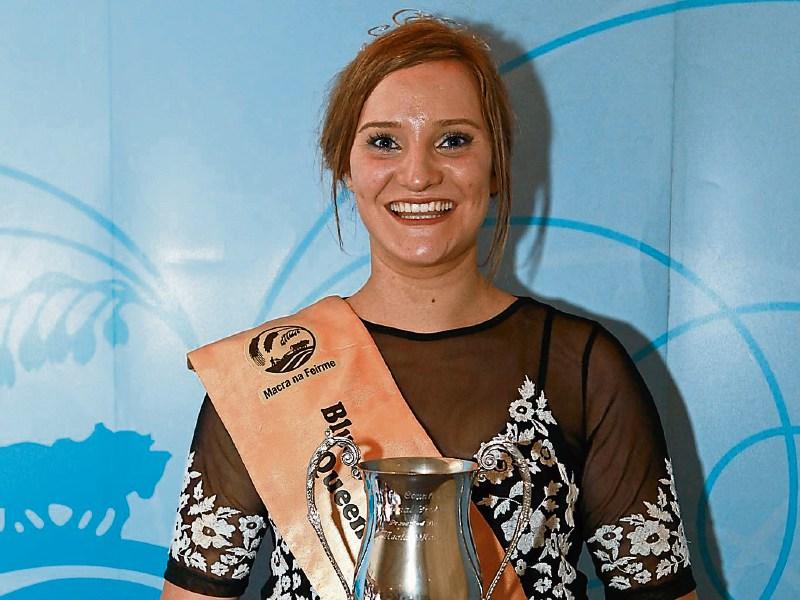 Dearbhla O'Connor, 19, from Dromiskin was crowned the Blue Jean Country Queen in Athboy, Co. Meath at the end of a fun packed Festival weekend.

It is the first time since the festival began that there has been a Louth girl crowned Blue Jean Queen.

Dearbhla, a member of Fane Bridge Macra, beat off competition from 26 girls from all over Ireland and overseas to take the title at the Festival last weekend where she received €1000 worth of prizes sponsored by Athboy Credit Union. She was crowned on the Sunday night of the June Bank Holiday weekend in the Festival's Marquee at the Darnley Lodge Hotel much to the delight of her many Louth supporters. Celebrations continued on Monday night in Cluskeys, Little Ash where members of Fane Bridge Macra hosted a Homecoming Party for Dearbhla.

Dearbhla is an exceptionally talented musician and sports person and wowed the crowds with her rendition of 'Travelin' Soldier' on Saturday afternoon.

Kicking off Friday night, when the Queens were interviewed on stage in front of an enthusiastic audience, the fun and craic flowed until Monday afternoon as live music was still playing throughout the town of Athboy, the home of the festival.

Speaking after her win, Dearbhla said it was an amazing feeling to have been crowned the Blue Jean Country Queen and is really looking forward to the year ahead and being part of the 30th anniversary celebrations next year.