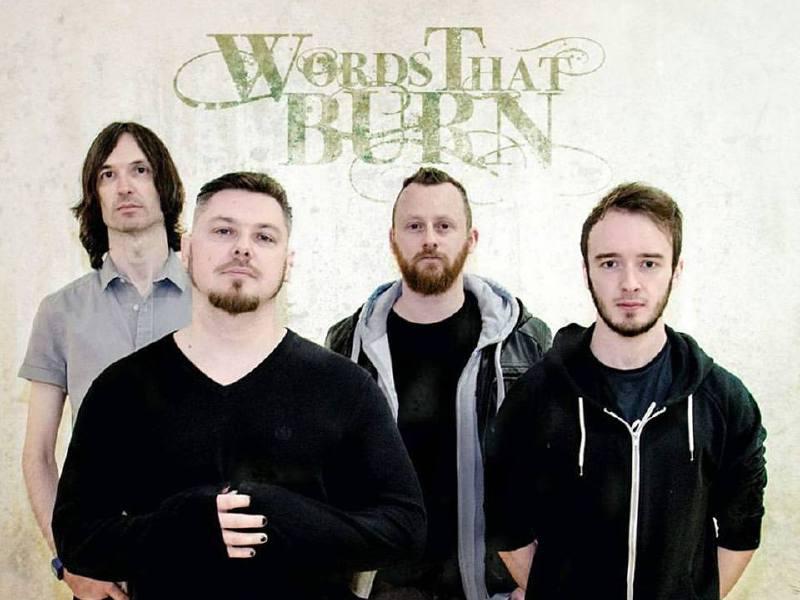 Dundalk band, Words That Burn, had the number one downloaded album on iTunes this past week.

The metal/alternative rock band who formed in 2010 in Dundalk, reached the top spot in the iTunes download chart with their debut album, ‘Regret is for the Dead’. As of now, the album is at number 3 only behind popular compilation albums, ‘Now That’s What I Call Music’.

Ger Murphy, bass player for Words That Burn spoke to The Democrat about this accomplishment.

“It's not that often that you see a home-grown metal band in the Irish charts so initially we aimed at getting into the top 10. On Tuesday the 7th we were no. 30 in the iTunes album charts so we decided to get a social media marketing campaign going and thankfully fans responded in droves!

“During the course of the day the album hit the very top of both the 'rock' and 'metal' charts and eventually at around 5pm it hit no. 1 on the main iTunes album charts. Needless to say we were delighted and incredibly thankful to everyone for their support!”

The band is made up of Roni MacRuairi - vocals/guitar, Ger Murphy - bass/vocals, Shane Martin – guitars, and Jason Christy – drums. Their musical influences include American heavy metal bands such as the Deftones, Slipknot and Killswitch Engage. They established themselves as a live act in venues nationwide before signing with Italian label, WormHoleDeath Records in 2015.

Throughout the years, they have built up a solid fan base who have been crucial in their current success.

“We're very much indebted to the fans who have waited quite some time for this album and then made the decision to purchase it. We can't thank our label enough either. They've put in a huge amount of work into promoting us and ensuring the distribution of the album across Europe and internationally. “

For a metal band to reach the top is odd in a country like Ireland where number one albums are usually pop or R&B. But Words That Burn outdid chart regulars Coldplay, Adele and even recent Croke Park performer, Bruce Springsteen.

“Metal is a relatively 'underground' genre in Ireland but it is always there. We find that no matter where we go there are plenty of people who want to come to a metal show. There are plenty of other amazing metal bands in Ireland and we're thrilled to call many of them friends.”

Ger also spoke about the future of the band. “We recently concluded a 10 date album tour and we're finalising the details of a further tour across the country which will take place during June, July and August and more than likely into September and October.

“We're looking forward to getting back out on the road and playing the album live.”