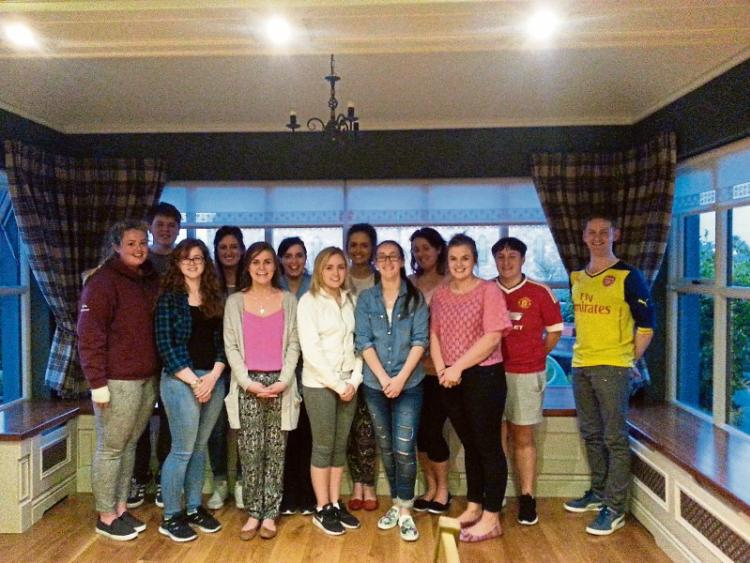 World Youth Day is a worldwide encounter with the Pope which is typically celebrated every three years in a different country.

A group of seventeen are travelling from the peninsula of Cooley to World Youth Day in Krakow with the Armagh Diocese .

One of the seventeen travelling is Niamh Mc Parland. The most recent WYD was celebrated in Rio de Janeiro, Brazil from July 23rd to 28th, 2013.

Niamh Mc Parland: “It is a great opportunity to meet like minded people who have the same belief and faith that sometimes you cannot see or experience in your locality in Ireland. Three million people ranging from 15 to 30 years old will be in attendance and to get that sort of atmosphere will be a great experience. On the final day we’re going to see the pope. There will be a real sense of community at the event. “

WYD is an event open to all young people who want to take part in a festive encounter with their contemporaries centred on Jesus Christ.

This event allows participants to experience in first person the universality of the Church.

The event aims to share a person’s faith in Christ with many people around the world.

World Youth Day is different from other pilgrimages due to the fact that it is full of younger people.

“The day is all about celebrations and celebrating the faith we have. The sheer size of it, there are 100 people from the armagh dioceses going.

“There are 3 million from the world going. They have to close down the city for the days that we’re there,” she said.

The Armagh diocese planned that there would be 100 people going but applications were open to everyone. Demand was so high that people were put on waiting lists to get a chance to be part of the celebrations.

“Some of the Armagh diocese have been before and said there was a party atmosphere.

“There will be a lot of talks about our faith, choirs, camping out in big parks, the pope will say a mass and there will be a discussion led by him. We will also be exploring the city and learning about the culture,” she added.

World Youth Day is a unique way to deepen your faith and to grow closer to Christ. By the means of prayer and the sacraments, thousands of people share their interests and ambitions together. Krakow is important because it has strong ties with pope John Paul the second. The city has many links to catholic faith and has so many cathedrals that link to the Catholic religion.

“I wanted to go when it was in Barcelona back in 2011 but that was the year I sat my leaving cert and it clashed with my results coming out. There was just too much going on to be out of the country. So I am really looking forward to it because it’s my first opportunity to go”, she concluded.

A night of music with Henry Mac and Friends will be held In Long's Pub on 10th June at 9pm in aid of the pilgrimage to World Youth Day in Krakow, Poland. Tickets are €10 and can be purchased from 0870536200.